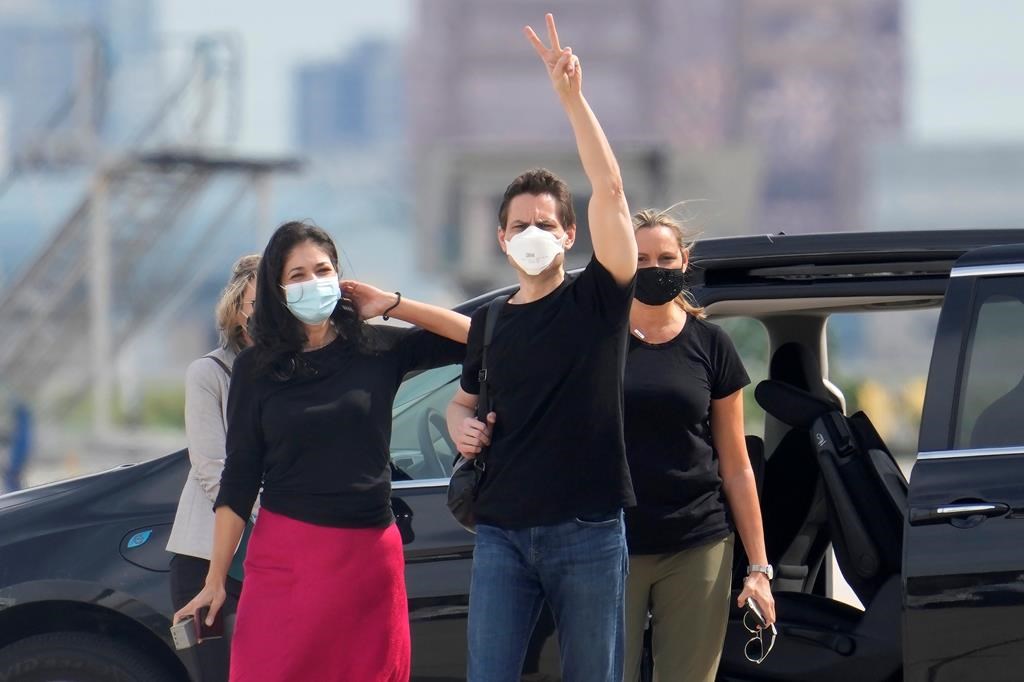 While the return of two detained Canadians has ended a contentious dispute between Canada and China, experts say Ottawa now faces some hard choices when it comes to Beijing.

University of British Columbia professor Paul Evans, one of Canada’s top experts on China and Asia, expects a number of decisions to be rolled out in the coming weeks and months now that Michael Kovrig and Michael Spavor have been returned home.

China’s Foreign Ministry said Monday that the two prisoners were released on bail for health reasons.

A ministry spokesperson made the comment as Beijing sought to downplay the connection between their release and the return to China of a long-detained executive of Huawei Technologies.

Among the decisions Evans is expecting is whether to let Chinese telecom giant Huawei participate in Canada’s 5G wireless network, and the extent to which Canadian universities will be allowed to work with Chinese entities.

The Liberals promised in their election platform that they would develop a comprehensive strategy for the Asia-Pacific region, which Paris says is long overdue and will be needed to navigate what will be a challenging relationship.

Spavor and Kovrig were released after being held in Chinese prison for more than 1,000 days in apparent retaliation for Canada’s arrest  of Huawei executive Meng Wanzhou.

“The case of Meng Wanzhou is completely different from that of Michael Kovrig and Michael Spavor in nature,” Foreign Ministry spokeswoman Hua Chunying told reporters at a daily briefing on Monday.

China released the two Canadians on bail after a “diagnosis by professional medical institutions, and with the guarantee of the Canadian ambassador to China,” Hua said.

Hua did not answer questions from journalists about whether the prisoner releases were entirely unrelated and what the health reasons were.

Wanzhou was released from Canadian custody Friday after reaching a plea deal with authorities from the U.S., where she had faced fraud charges.

LACKIE: Many first-time homebuyers need help from The Bank of Mom and Dad