Thousands of mail ballots still to be counted, final election results due Monday 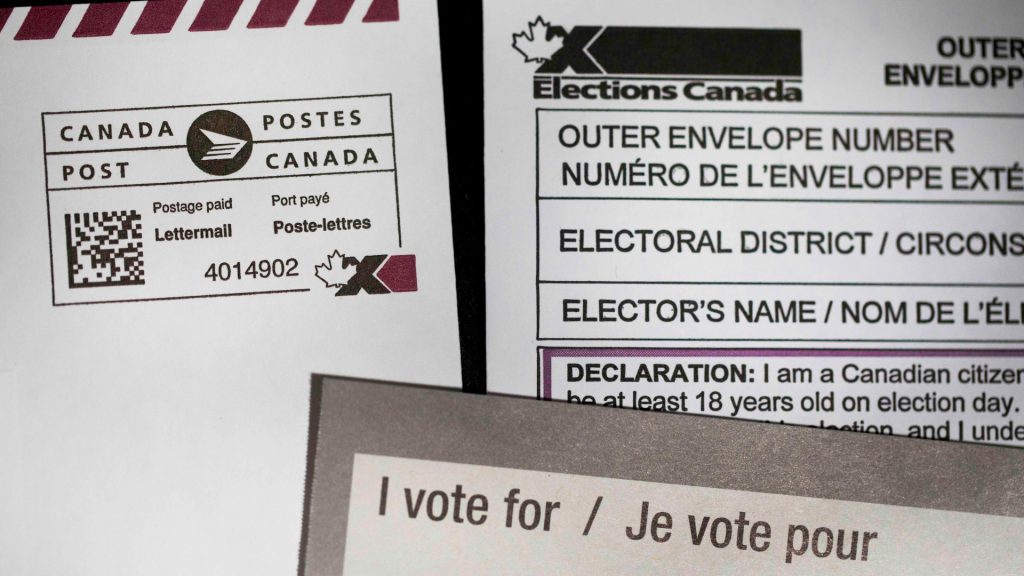 The final federal election result may be delayed until this weekend – or even longer – because thousands of mail-in ballots have still to be counted.

Votes have now been counted in most ridings including in Atlantic Canada, Saskatchewan, Nunavut, Yukon, Manitoba and Northwest Territories. Counting is complete in all but a few ridings in Quebec, Ontario and Alberta.

But in B.C., which received the most mail ballots of anywhere in Canada, a clutch of ridings are waiting for the final result. In some, including Victoria, more than 10,000 mail ballots had to be verified before the count could start.

Elections Canada had expected counting to be finished by Friday. But, with thousands of ballots yet to be counted, it may be Monday before a final result can be announced.

Officials have to check mail-in ballots before starting to count them, to ensure they have been signed and people have not voted twice.

A record number of postal votes – some 850,000 – were received during this election, some from people who did not want to vote in person during the COVID-19 pandemic.

Counting has finished in more than 300 of the country’s 338 ridings, Elections Canada said Friday.

Recounts are expected in a few ridings with very close results, such as Charleswood-St. James-Assiniboia-Headingley in Manitoba where the Conservatives edged out the Liberals by only 24 votes

Elections expert Dennis Pilon said mail-in ballots “had made a difference in a few races.”

Pilon, an associate professor of politics at York University, said in very close races parties might ask for a recount, particularly if “spoiled” ballots were a matter of dispute.

He said scrutineers from each party carefully monitor how counts are conducted to ensure every vote they receive is tallied.

They pay particular attention to “spoiled” ballots, disregarded because they have been improperly filled out, or are difficult to interpret, in races with a photo-finish.