Scotiabank Arena to welcome back fans, attendees at 50% capacity 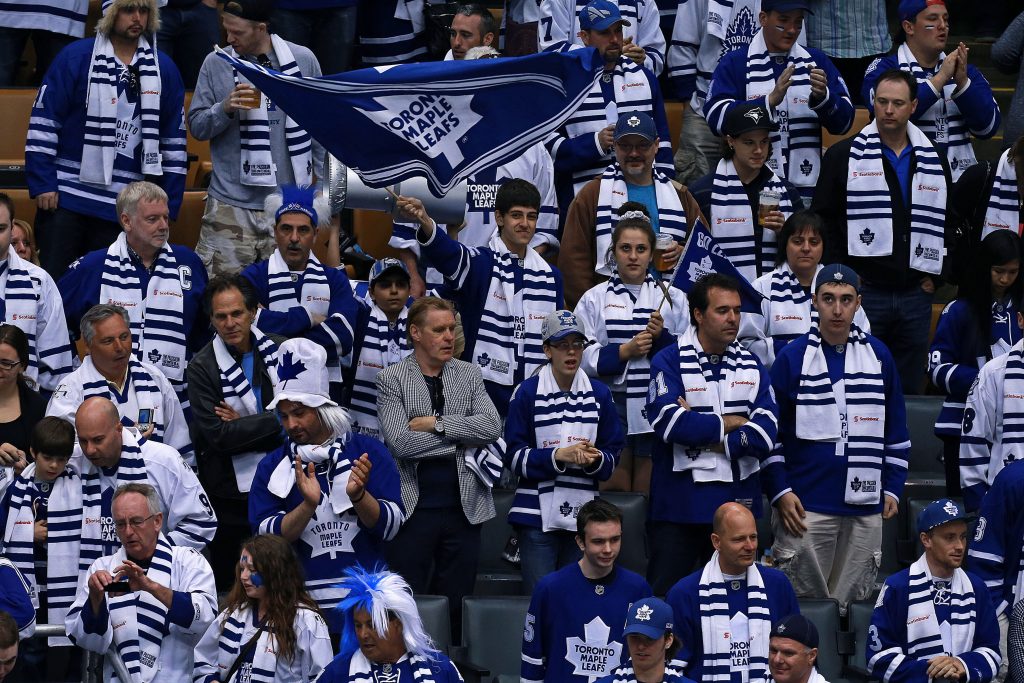 The Toronto Raptors are coming home. The Maple Leafs, well, they’ll be running it back, only this time, with fans in the building.

Effective Saturday, Ontario is easing capacity limits in specific indoor venues that require proof of vaccination, including meeting and event spaces, such as banquet halls and conference/convention centres; sporting events, concerts, theatres and cinemas, among a few others. Capacity will increase to up to 50 per cent or 10,000 people (whichever is less) for these events.

The province’s announcement will see 10,000 fans allowed for games at Scotiabank Arena for the upcoming NHL and NBA seasons and will impact upcoming concerts held at the Toronto venue.

“The venue will welcome fans for the first time in 18 months and Toronto Raptors games, as well as concerts, will also follow the enhanced health and safety measures put in place,” Maple Leaf Sports & Entertainment said in a news release.

Scotiabank’s max seating is 19,800, meaning the arena will operate at 50 per cent capacity until further notice. Ontario’s chief medical officer of health made the announcement on Friday, which will also see Rogers Centre expand from 15,000 to 30,000 fans as the Toronto Blue Jays enter their final homestand and playoff push.

Maple Leafs preseason tickets are currently on sale to the general public with the requirement that all potential attendees be fully vaccinated from COVID-19. Each fan aged 12 and older must present proof of full COVID-19 vaccination along with a government-issued ID at entry gates to any MLSE venue.

“Based on today’s direction, we have adjusted our operations plan to accommodate 50 per cent of the venue capacity beginning with Saturday’s first Maple Leafs preseason game, and we will continue to work closely with the province to provide the safest environment within our venues to allow for a return to full capacity for the start of the Maple Leafs and Raptors regular seasons,” said MLSE President and CEO Michael Friisdahl.

Scotiabank Arena hasn’t been packed since March 10th, 2020, when the Maple Leafs played host to the Tampa Bay Lightning.

The Maple Leafs’ regular-season opener is October 13th against Montreal.

It’s a substantial update for the Raptors, who called Tampa, Fla., home for their 2020-21 season.

Because of Canada’s COVID-19 protocols and travel restrictions, the Raptors were forced to play home games out of Amalie Arena. They were the only team required to relocate and dealt with a COVID-19 outbreak near the end of the season.

The Raptors last played at Scotiabank Arena on February 28th, 2020. They then departed on a five-game road trip before the league shut down on March 11th after Utah’s Rudy Gobert tested positive for COVID-19.

President and Vice-Chairman Masai Ujiri spoke openly about the commitment to get the team back playing games in front of fans in Toronto. On August 5th, the day his multi-year contract extension with the Raptors was made official, he said executives were working hard on making that happen.

On September 10th, the team was granted government approval to return home for the 2021-22 season. The Raptors will open their preseason against the Philadelphia 76ers on October 4th – their first game at Scotiabank Arena in more than 19 months.

They open the regular season on October 20th when they host Washington.

MLSE announced that people attending its indoor and outdoor events must be vaccinated as of September 22nd.

In a statement, MLSE said it strongly supports Ontario’s vaccine certificate system and will not accept a negative COVID-19 test result “for admittance to MLSE venues or events, except for guests with a verified medical exemption.”

Woman says her boat had problems before Iowa ride accident

LILLEY: Trudeau talks as if election campaign has already started