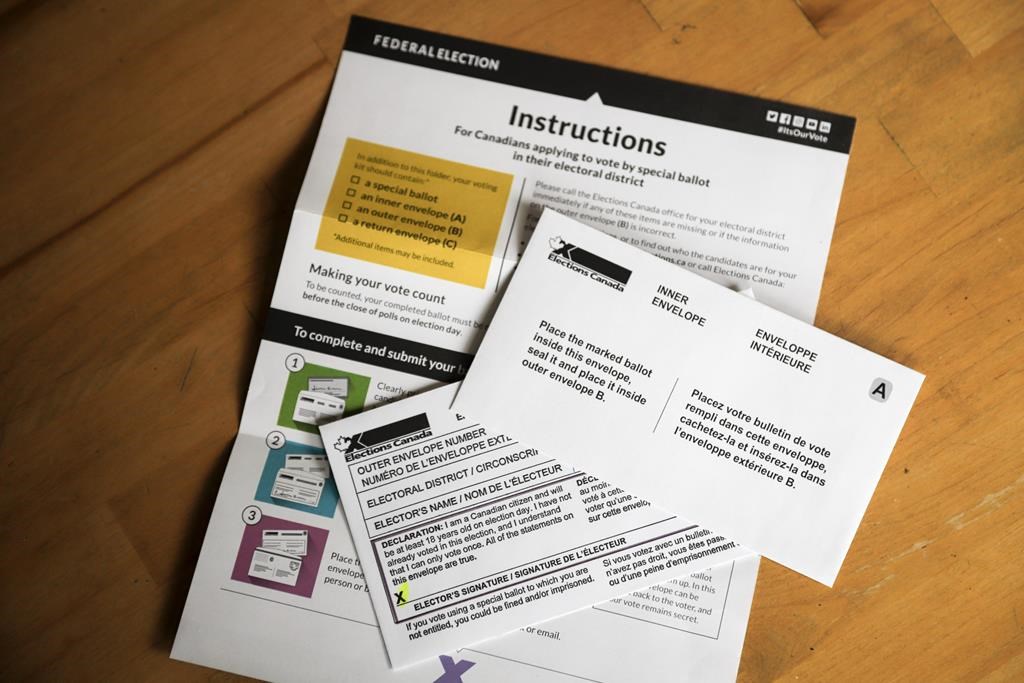 The watching parties are done and the victory speeches are over, but several communities across Canada may have to wait days for special ballots to be counted before they know who will represent them in the House of Commons.

There are still 24 close races where local postal ballots could decide the winners.

Thanks at least in part to the COVID-19 pandemic, Elections Canada received a record number of mail-in ballots this year. More than a million have already been received, and several more that were dropped off at local Elections Canada offices and polling stations are still to be included in the final tally.

While staff in large, centralized counting facilities have already tallied votes that arrived from Canadian Forces members, incarcerated voters and Canadians abroad, votes from locals still needed to be verified.

That work began Tuesday morning in local riding offices across the country. Elections Canada staff must go through each ballot to make sure there are no duplicates and that it doesn’t belong to someone who also voted in person. Officials must also verify voters’ signatures, and only then can the ballot be counted.

In ridings where people opted to vote by special ballot en masse, staff may not be able to start actually counting them until Wednesday and may have to continue for several days.

That could leave several ridings with tight races without an elected member of Parliament until Thursday or even Friday.

In Sault Ste. Marie as few as 41 votes stand between Liberal Incumbent Terry Sheehan in the lead and Conservative challenger Sonny Spina. But with 1,660 votes still to be counted in that riding it’s still anyone’s race.

Ontario has the highest share of races that will be decided by special ballot, with nine riding results still outstanding.

British Columbia had the greatest number of mail-in ballots, which has left four ridings waiting for their results.

In Edmonton Centre, the Liberals are still hoping to win back their foothold in Alberta’s capital after Randy Boissonneault was voted out in 2019.

“We are very excited and very confident about what we have seen in the results so far,” said campaign communications director Brendon Legault in an email.

Elections Canada plans to post updates of their progress counting special ballots from local voters on their website so people can get a sense of how close they are to the finish line of some of these long races.

Young girl seriously injured after being struck by car in Scarborough