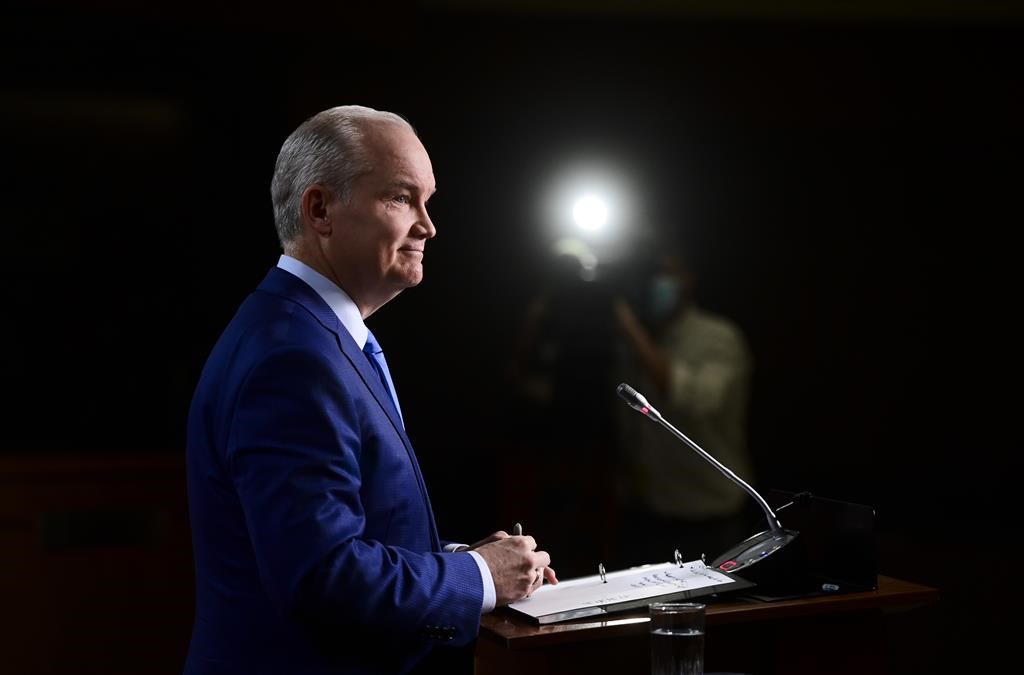 Thirteen months ago, most Canadians had never heard of Erin O’Toole as he seized the leadership reins of the Conservative Party of Canada, upsetting the heavily favoured Peter MacKay in a contest that wasn’t decided until the early morning hours of August 24, 2020. In the resulting 391 days since that victory, O’Toole has introduced himself, his party and his vision to Canadians and, in what could be an ironic twist of fate, he will likely have to wait into the wee hours of the next morning — and possibly longer — to find out if he’ll become the next Prime Minister of Canada.

The man who would become a contender for Ottawa’s top job was born in Montreal in 1973 before the family settled in Bowmanville, east of Toronto. Politics would become part of his family after his father, who had worked for General Motors, became a Conservative MPP representing Durham — an office he held for nearly two decades. Following a decorated military career in the Royal Canadian Air Force, O’Toole would go on to study law and became a corporate lawyer in Ontario. His foray into politics began in 2012, when he was elected the MP for Durham – a riding he continues to represent. He briefly served as Veterans Affairs Minister under Prime Minister Stephen Harper before making his first run for the leadership of the party in 2017, where he finished third to Andrew Scheer.

O’Toole’s mandate since taking over the helm of the Conservatives was to reunite the various grass-roots factions within the party while at the same time appealing to a broader range of voters, specifically in southern Ontario and Quebec. Throughout this 36 day campaign, O’Toole has once again tried to transform himself to meet the needs of the electorate, presenting himself as a moderate centrist in an attempt to win over disillusioned Liberal voters.

While taking Liberal leader Justin Trudeau to task for calling an election during a pandemic, O’Toole has insisted that his party is running a safe campaign. Yet, he has managed to avoid and deflect questions about how many of his candidates are fully immunized against COVID-19. He’s also had to fend off questions regarding mandatory vaccinations for federal employees and private health care under a Conservative government.

O’Toole’s hesitation over vaccine passports and mandates resurfaced again in the wake of Alberta Premier Jason Kenney admitting his decision to prematurely end COVID-19 restrictions was wrong as the province struggled to battle a fourth wave of the virus. O’Toole had previously praised Kenney’s handling of the pandemic.

O’Toole was also put in an uncomfortable spotlight on two hot button issues for Conservatives — abortion and gun control. After other party leaders attacked a provision in the Conservative platform that they say could allow healthcare workers to refuse even referrals to procedures they object to, O’Toole pronounced he was pro-choice and ensured that abortion services would be available “from one ocean to the other.”

On the issue of gun control, O’Toole said he would maintain a ban on “assault weapons” during a French-language debate and appeared to double-down on that stance in the days that followed. But after several days of attacks from the Liberals, who accused O’Toole of having a “secret deal” with the pro-gun groups, he reversed course, saying the ban would stay in place and pledged instead to conduct a review of the system for classifying firearms.

During his leadership campaign, O’Toole positioned himself as the candidate who could break through in voter-rich Ontario, winning more than the 34 seats his predecessor did in the 2019 election. He watched in 2018 as his provincial counterpart Doug Ford swept to power with a huge majority. However, hopes of riding the tails of that blue wave into strong gains at the federal level appear to have faded as Ford’s popularity during the pandemic has waned.

Of greater concern is Maxime Bernier’s People’s Party of Canada, the far-right group which failed to win a single seat in the 2019 election but in recent weeks has showed signs of making inroads at the expense of the Conservatives, which could prove costly for O’Toole — as recent polls show he is in a neck-and-neck race with Trudeau to form the next government.

RELATED: How and where to watch CityNews’ coverage on election day

Asked if he would support a Liberal minority, O’Toole said he would “look at the results on Monday, and always put the country first.”

Asked if his leadership of the party would be in doubt if the outcome is anything but a Conservative victory, O’Toole once again sidestepped the question — something his critics have zeroed in on throughout the campaign — saying, “There is a chance on Monday to vote for change.”