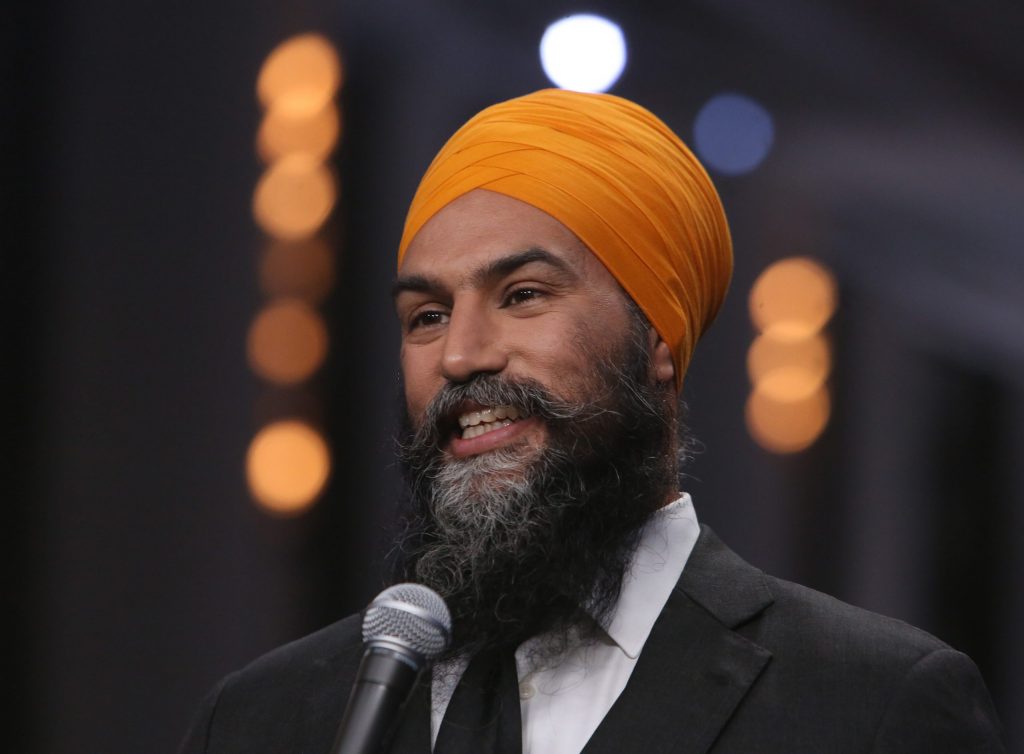 This is Jagmeet Singh’s second election as the leader of the federal NDP. In 2019, he was the new face of the party, with high expectations.

“We’re committed to changing the way things are done. We want to do things differently,” Singh said in October 2019, though his message didn’t resonate with voters, with the party going on to win just 24 seats, down from 44.

It was the NDP’s worst election performance since 2004.

This time around, Singh has used a charm offensive, with his personality resonating with people of all political ilks. He has been topping the polls as the most likable leader and his campaign has been viewed as one targeted for younger voters.

That likeability has been driven in part by his presence on social media, especially TikTok, where he is the only leader with an account.

The NDP platform includes higher spending than any other party, particularly on social programs. It has a focus on health care, including pharmacare, dental care, and a phase-out of private long-term care operators.

These programs would be paid for in part by a proposed tax hike on Canada’s top earners, in the form of an additional one per cent on income over $10 million.

The party also wants to retroactively tax companies who made excessive profits during the pandemic.

“We believe that the super rich should pay their fair share,” Singh said in his campaign. “Companies like Amazon, who are making profits in our country, should pay taxes in our country. And we can use … that revenue to invest in people, in solving the problems that people are going through and helping folks out.”

Despite his taxation plan, for much of the campaign, Singh, who is running in Burnaby South, faced criticism for a lack of clarity on how the party planned to pay for some of their most expensive platform promises, forcing the party to release a costed platform just nine days before the election.

The total cost is an estimated $214 billion over five years. By comparison, the Conservatives pledged $58 billion over the next five years and the Liberals proposed $78 billion.

When it comes to environmental action, Singh has consistently catered to his base.

“Let me tell you, you’re not stuck with these two,” he has said of the leaders of the Liberals and Conservatives. “Better is possible. We can invest in a clean economy, we can end fossil fuel subsidies, we’re creating clean transportation, and we can invest in provinces and territories to fight the climate crisis.”

The NDP’s goal is to double its seat count to 50, ultimately hoping to hold the balance of power in a minority government.

In the event Monday’s vote ends with neither the Liberals nor the Conservatives having enough seats to form a majority government, Singh hasn’t confirmed who he would consider backing.

Cowie ‘Got what he deserved,’ says Tiger King’s Joe Exotic