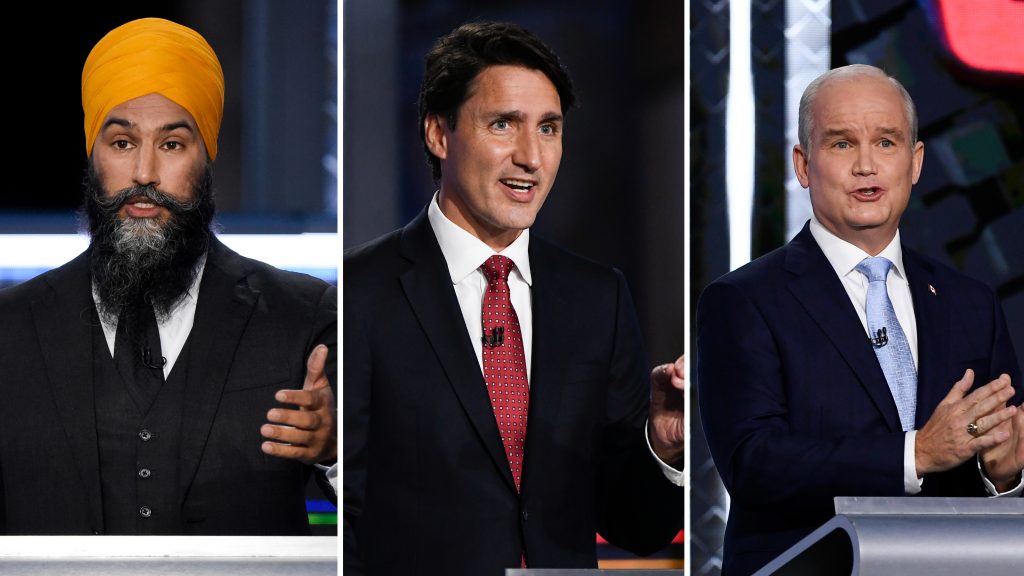 Liberal Leader Justin Trudeau is taking aim at the NDP over that party’s plans to raise billions in new revenues, suggesting there is a ceiling to how much a government can tax the wealthy.

The New Democrats are promising a far-ranging spending plan to create social programs like pharmacare and dental care, vowing to pay for it by taxing the super-rich and ultra-profitable corporations.

At a campaign stop in La Prairie, Quebec, Trudeau says you can’t go after the wealthiest Canadians with unlimited zeal.

“The idea that you can go with unlimited zeal against the successful and wealthy in this country to pay for everything else is an idea that reaches its limits at one point. And I don’t think the NDP get that,” said Trudeau.

NDP Leader Jagmeet Singh says he doesn’t buy Trudeau’s limited thinking on the matter. He says the Trudeau Liberals have given the wealthy a free ride by not collecting billions in potential revenues.

“The money that we’re losing in one minute is about $50,000,” said Singh while on a campaign stop in in Sudbury, the first of four campaign stops in northern Ontario today.

“Fifty thousand dollars because Mr. Trudeau has not taken the steps to close those off-shore tax haven loopholes that allow for billions of dollars of revenue to be lost. That’s $25 billion a year, $150 billion over the six years that he’s been in power. We’re going to end that.”

O’Toole is in the west where he plans to highlight parts of his party platform during a stop in Vancouver later today.

This is also the second last day for advance polling. Polls will once again be open from 9 a.m. to 9 p.m. (local time) today.

Elections Canada says more than 1.3 million Canadians cast their ballot on the first day of advance polling on Friday, which exceeded the total of first day in person advance voting in the last election.

Elections Canada says if you are registered to vote, you should have received a voter information card in the mail as of Friday. The card has the location of your polling station.

If you didn’t get a voter card, or the information on the voter card is incorrect, use the Online Voter Registration Service to check your registration, register or update your address information, or call Elections Canada at 1-800-463-6868 or 1-800-361-8935 (TTY) for assistance.

Click here for FAQs about the voter information card

Why the government secrecy behind the Winnipeg lab firings?