Mandatory training on identifying human trafficking on horizon for truckers 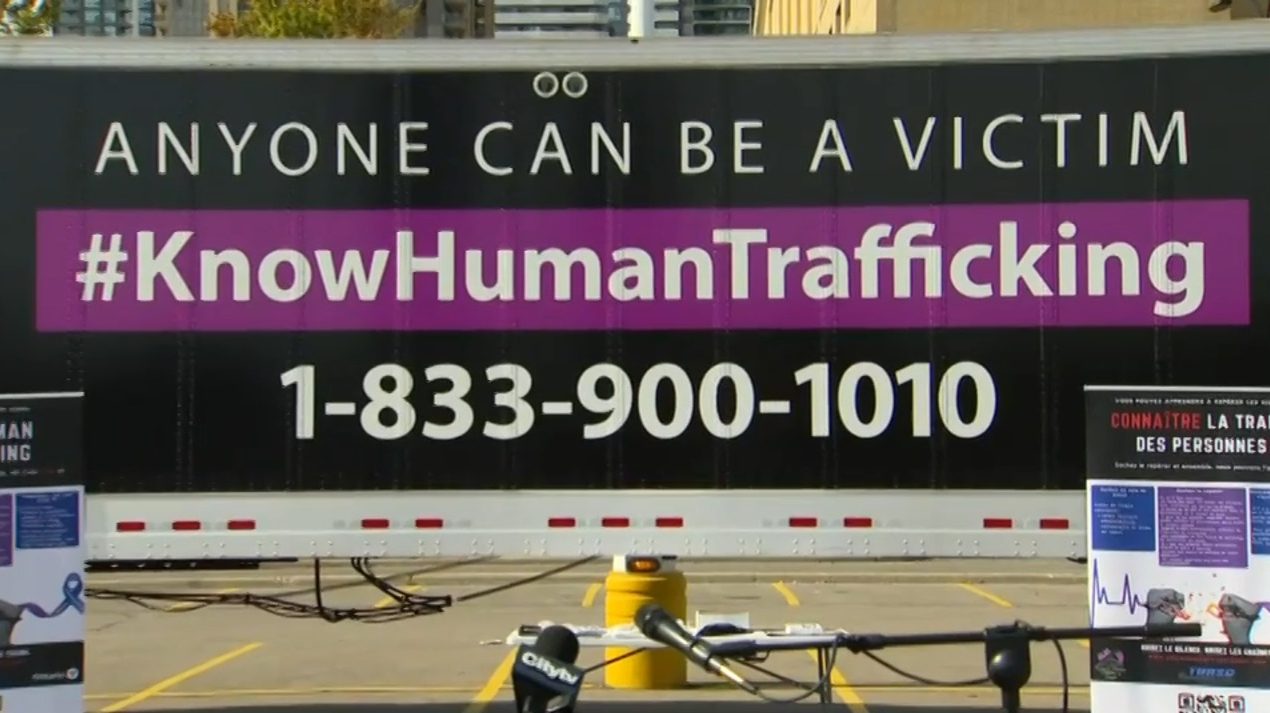 It is one of the fastest growing crimes in Canada, and one of the most heinous. In 2019 there were more than 500 police-reported incidents of human trafficking, most of which originated in Ontario. But police numbers don’t tell the whole story.

“Most victims don’t go to the police,” explains Caroline Pugh-Roberts, a human trafficking survivor and lead with the Salvation Army’s human trafficking division. “They are too scared to,” she adds explaining that traffickers have a firm grip on their victims’ lives.

“Their worlds are so small, they only know their traffickers and johns,” she says of the women she’s helped escape, most of whom are bought, sold and traded domestically. “They may not have ID, they may now be drug addicted. When I left, I only had the clothes on my back, nothing else,” she reflects.

Her job is to help people looking for a way out — and to help victims succeed after escaping a life of trafficking. She frequently travels “tracks” of streets well-known in the sex trade, but also motels and truck stops to try to help trafficking victims.

“A lot of it is done online now,” Pugh-Roberts says because of COVID-19. “But girls are still forced to work the streets, the tracks and truck stops.”

And truck stops are the latest target in the Ontario government’s plan to combat human trafficking. The Ministry of Transportation of Ontario is investing $47,000 into a new training program developed with survivors, and the Women’s Trucking Federation, that will help truckers learn to identity and report trafficking they see on their travels.

“Truckers are really interested in this. I think a lot of people forget. We all have children and grandchildren and nieces and nephews and we want it to stop.”

“Many of the victims of human trafficking are trafficked along our 400-series highways so its important for our truck drivers to know the signs, so that they can identify and know what to do if they suspect somebody needs help,” Transportation Minister Caroline Mulroney tells CityNews.

The free training program (knowhumantrafficking.com) is led by a survivor and helps to dispel myths about victims, while also pointing out signs of trafficking activity.

“We’ve been a year working on all of this,” says Shelley Walker from the Women’s Trucking Federation and the driving force behind the program. “We commonly, as truckers, refer to women who knock on our doors as lot lizards — slang for prostitutes — we even put stickers (on our trucks) telling them to stay away. They are not all prostitutes, a lot of them are victims,” she says.

Although Walker has been working and volunteering with survivors for several years, she still learned valuable information through the course.

“Its really hard to gauge the age of somebody right now — like our 12- and 13-year-olds look like they are 20 — and looking for more tell-tale signs.”

The average age of recruitment into sex trafficking is approximately 13-years-old — and they are most often recruited by somebody they know. For Pugh-Roberts, it was her long-term boyfriend who slowly garnered control of her life, eventually forcing her to sell her body for his gain.

“Ontario is home to many stakeholder and advocates who, alongside our brave men and women in law enforcement, are on the front lines everyday supporting survivors and bringing traffickers to justice,” Mississuga-Centre MPP Natalia Kusendova says of the program.

“We are committed to working toward an Ontario that is free from this heinous crime.”

The training program is just part of the government’s $300-million strategy to combat human trafficking, which includes new investigative tools for police, more supports for survivors, and trafficking curriculum in schools.

While the ‘Know Human Trafficking’ program is currently a voluntary lesson, Stephen Laskowski, president of the Ontario Trucking Association, says he hopes it becomes required learning for those wishing to acquire or renew their trucking licence.

“This should get in front of as many drivers as possible,” he says, adding “why not make it part of mandatory training?”

Mulroney says the government is considering mandating the course as part of a trucking licence. The course is available for free at knowhumantrafficking.com effective this week.

Canadians left to fend for themselves in Taliban-controlled Kabul as U.S. troops again turn Afghans away

Barriers remain for Canadian voters who are disabled: advocates