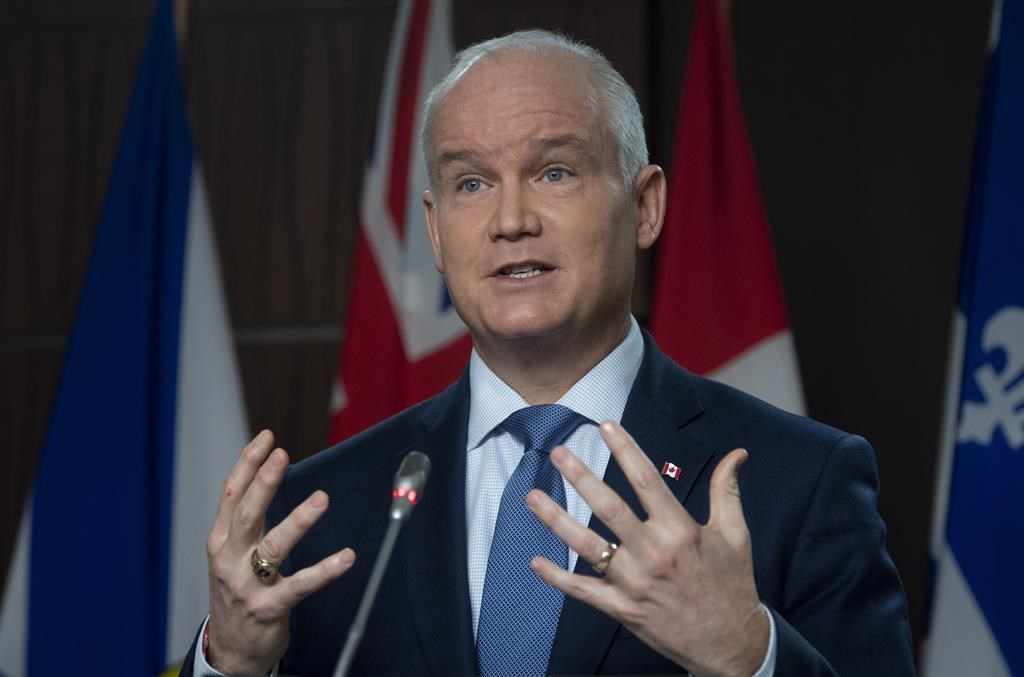 OTTAWA – Canadian party leaders worked their way around the country this week, in what some see as a sure sign the pandemic is near its end, but also as proof that a federal election is on its way.

Not according to Canada’s newest election law.

The Election Modernization Act of 2018 would normally mean politicians can glad-hand — or elbow, in pandemic times– to their hearts’ content in the summer before an election. But they can only spend a limited amount on advertising. This year, that act does not apply.

That’s because by the fixed-election date law, Canada’s next federal election isn’t supposed to be held until October 2023. But a minority Parliament like this one, where the governing Liberals are outnumbered in the House of Commons by opposition MPs, can fall. Or, a prime minister can head to Rideau Hall and ask for an earlier election.

Lori Turnbull, the director of the school of public administration at Dalhousie University, said the Election Modernization Act that set the pre-election period advertising limits only applies to the summer months before a fixed-election date, not when an election happens earlier.

That loophole might be having an effect. The Conservatives spent millions advertising in May and June of 2019, including during the costly air waves of the NBA playoffs, when the Toronto Raptors made their historic run to win the Larry O’Brien Championship Trophy.

The Conservatives said they made those buys knowing they had money to spend that they couldn’t put toward advertising in July or August of that year, as the election was set for Oct. 21.

But during the recent Stanley Cup run by the Montreal Canadiens this year, no party made a move to lay down ad cash to get in front of that captive audience. It appears this time they are saving their big spends for closer to the expected election call in August because they can.

Prime Minister Justin Trudeau has not fallen for multiple attempts by reporters to bait him into saying an election is coming. The more than $6 billion he announced over the last week for light rail projects, child care, and climate action? It’s all just “something we’ve been talking about and working on for a long time,” he said Wednesday when asked if this was a pre-election tour.

Turnbull says there are no rules preventing leaders from campaigning before a campaign, and she added, there probably shouldn’t be.

“To me, it’s clear now this is gearing up for an election and this is exactly what we would expect from campaign-style behaviour and pre-campaign behaviour,” said Turnbull. “I don’t think we can start to outlaw prime ministers and political leaders being political.”

She said ultimately it’s up to the party leaders to decide what’s ethical, and what voters will think is acceptable behaviour.

Trudeau’s four-province trip was the first domestic tour he has taken in months. His ministers were also out and about, sometimes with him, sometimes on their own, with their own promises in tow.

Trudeau didn’t just stage press conferences. He met premiers and mayors, and did some local photo ops. That included a Thursday lunchtime visit to a White Spot restaurant in Coquitlam, B.C., where he ordered cheeseburgers to go, but bumped elbows and posed for selfies with locals who did not expect the prime minister to show up.

His spokesman said the trip is a government tour, and didn’t include any Liberal party events.

Trudeau’s opponents did not leave the field to him alone.

Conservative Erin O’Toole was in Calgary for a series of official events, and some party fundraisers. The latter was covered by party funds, but the trip overall was “in his capacity as the leader of the official Opposition,” said his spokeswoman Chelsea Tucker.

She said O’Toole is “meeting with stakeholders to hear their concerns, how they have been impacted and share his vision of securing the future for all Canadians in every region, flowing through the parliamentary budget.”

This weekend, O’Toole heads to what has long been a must-do stop for any Canadian political leader in July — the Calgary Stampede.

NDP Leader Jagmeet Singh is in the midst of a multi-day tour in British Columbia, first in the Vancouver area and then on Vancouver Island. He is meeting and greeting followers, talking about affordable housing and saying that if Trudeau calls an election it will just be a power grab to try and win back a majority government.

This report by The Canadian Press was first published July 10, 2021.