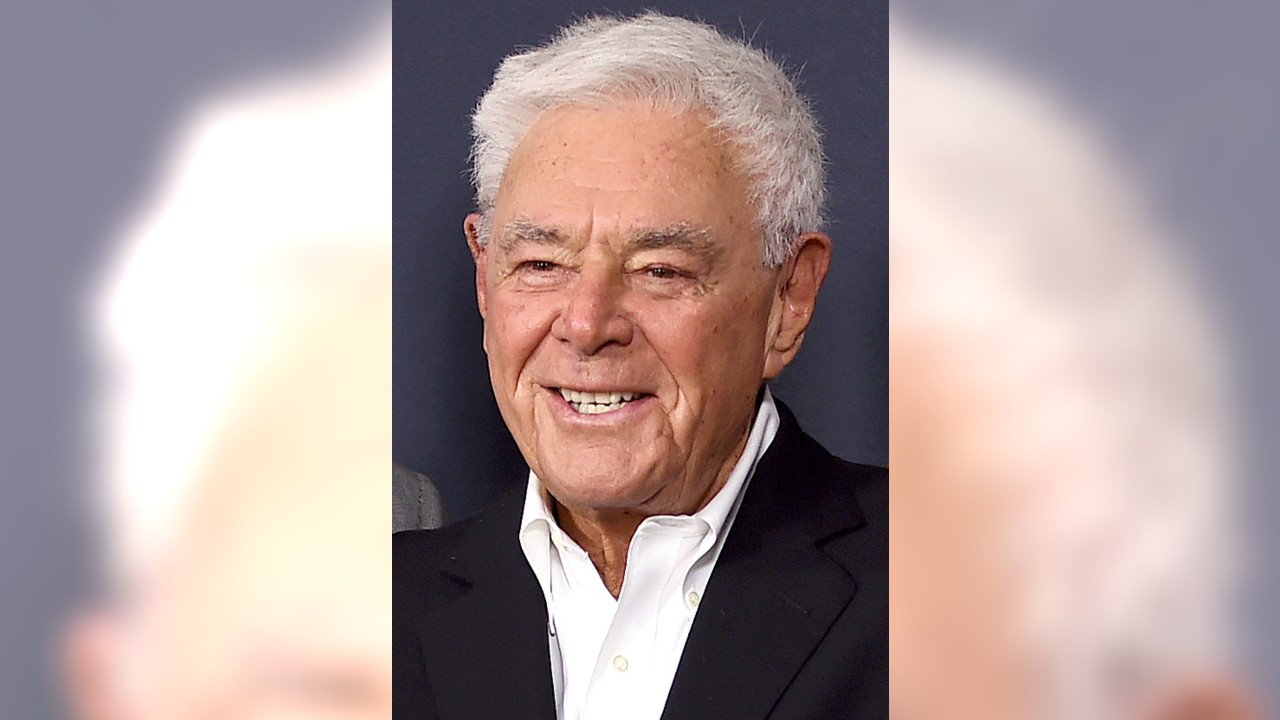 Filmmaker Richard Donner, who helped create the modern superhero blockbuster with 1978’s “Superman” and mastered the buddy comedy with the “Lethal Weapon” franchise, has died. He was 91.

Donner gained fame with his first feature, 1976’s “The Omen.” A then-unheard-of offer followed: $1 million to direct 1978’s “Superman.” Donner channelled his love of the character into making the film, repeatedly facing off with producers over the need for special effects that would convince the audience that a superhero could really fly. In the title role, Donner cast Christopher Reeve, who was associated with “Superman” for the rest of his life.

By the 21st century, the genre was dominating the box office in the U.S. and thriving overseas. The heads of Marvel Studios and DC Entertainment — producers of most of today’s superhero fare– both worked for Donner when they were starting out in Hollywood.

Steven Spielberg, who produced “The Goonies,” wrote in a statement that, “Dick had such a powerful command of his movies, and was so gifted across so many genres. Being in his circle was akin to hanging out with your favourite coach, smartest professor, fiercest motivator, most endearing friend, staunchest ally, and — of course — the greatest Goonie of all. He was all kid. All heart. All the time. I can’t believe he’s gone, but his husky, hearty laugh will stay with me always.”

Tributes also poured in on Twitter Monday, including from “Goonies” star Sean Astin.

“Richard Donner had the biggest, boomiest voice you could imagine,” Astin wrote. “He commanded attention and he laughed like no man has ever laughed before. Dick was so much fun. What I perceived in him, as a 12-year-old kid, is that he cared. I love how much he cared.”

Director Kevin Smith tweeted that, “Richard Donner made the devil a child in The Omen, invented the modern-day comic book movie with Superman, and reinvented the buddy cop movie with Lethal Weapon. I got to meet with him last year about a project. Guy was a natural-born storyteller. Thanks for all the flicks, Dick!”

Filmmaker Edgar Wright added, “Richard Donner’s big heart & effervescent charm shone in his movies through the remarkable performances of his cast, which is no mean feat. You remember all the characters in Superman, Lethal Weapon, The Goonies & more because Donner knew how to capture that magic onscreen.”

Wright said he, only met Donner once but said, “He was funny, charming and so full of stories (and happy to indulge my geeky questions).”

Donner followed “Superman” with an indie, “Inside Moves,” in 1980 and “The Toy” with Richard Pryor in 1982. In 1985, he made the kids’ adventure classic “The Goonies” and “Ladyhawke,” which would introduce him to his future wife, Lauren Shuler Donner.

The two married the following year. In 1993, they founded The Donners Company, which has produced such hits as “Deadpool,” “The Wolverine” and the “X-Men” franchise. Adjusted for inflation, his films have generated more than $1 billion in box office receipts.

“Let me tell you: Dick Donner directing is truly the sexiest man alive,” Shuler Donner said at a film academy tribute to the director in 2017.

She said a director’s personality often reveals itself onscreen.

“If you look at Dick’s movies, Dick is fun, larger than life, loud, strong, with a big mushy heart,” she said. “His confidence, his fearlessness, his humour are what make people adore him and has wrapped around me like a protective cloak.

“The combination of learning moviemaking from Richard Donner and falling in love with him has made me personally and professionally a better producer and a happier, loving person,” she continued, calling “Ladyhawke” their “personal love story.”

In 1987, Donner cast Mel Gibson and Danny Glover as a mismatched police pair in the buddy-cop action film “Lethal Weapon.” The film was a smash, spawning several sequels and a TV show.

“He was a master storyteller,” Gibson said in 2017. “He was humble. He had this sign over this door that said `Leave your ego at the door,’ and there was no ego around him. It was hard for me to walk into the room, actually.”

Donner followed up with the Bill Murray hit “Scrooged” in 1988 and “Lethal Weapon 2” the next year.

His other credits include “Maverick,” “Conspiracy Theory” and “Radio Flyer.”

Born Richard Donald Schwartzberg on April 24, 1930, in New York City, Donner changed his name when he set out to become an actor.

“I would have been an out-of-work actor now if it wouldn’t have been for the great director Marty Ritt,” Donner said.

He recalled Ritt telling him, “Your problem is you can’t take direction,” and suggesting he pursue directing instead.

“And because I’d been hanging with him a little bit, he said, `You’re my assistant on the next show,’ and that turned my life around,” Donner said. “I never went back to acting.”

He started working in television, directing episodes of “Gilligan’s Island,” “Perry Mason” and “The Twilight Zone.”

Away from the camera, Donner was known for his extraordinary kindness and generosity, covering college tuition for one “Goonies” star (Jeff Cohen, now an entertainment attorney) and paying for life-saving rehab for another (actor Corey Feldman).

Donner told The Associated Press in a 1985 interview that the young cast helped him through the production.

“I never had kids of my own, and they became like my family,” he said.

Cohen, Feldman and “Lethal Weapon” star Rene Russo were among those lauding Donner for his kindness at the 2017 film academy tribute.

“You were charming and funny and witty and all these amazing (things), but the thing that killed me is you were kind,” Russo said. “You were so kind, and that’s what makes you the sexiest man in the world.”

Along with his wife, Donner was also a passionate animal advocate, rescuing dozens of dogs over the years and fighting against the captivity of killer whales.

Though a few of Donner’s films generated Oscar nominations, he was never nominated. But he got his chance to thank the academy — and his many friends and colleagues — at that tribute.

“This industry is my friend, and it’s been the greatest gift in the world to me,” Donner said. “You guys are all my Oscar.”

ON THE MENU: A healthy serving of extra restaurant business

Ontario’s vaccine targets to fully reopen could be met in 10 days: top doctor