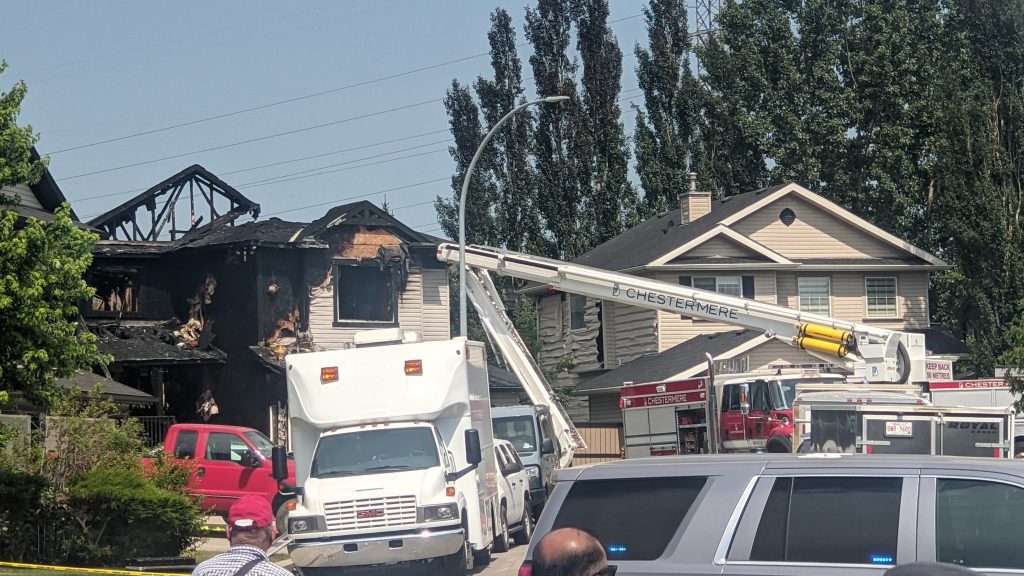 An Alberta imam says two families were visiting with each other over the Canada Day holiday when seven of them, including four children, died in a house fire.

Syed Soharwardy with the Islamic Supreme Council of Canada went to the scene of the burned home in Chestermere, just east of Calgary.

Soharwardy said a cousin of those in the home is a congregant of a local mosque.

“It’s so devastating … the whole community is in shock,” said Soharwardy.

“One brother survived, the other brother has died.”

When the fire erupted, Soharwardy said, the man who owns the home was able to grab his two children on the way out. He then went back inside and got two of his brother’s children out of the home.

But he was unable to go back in again and rescue more, Soharwardy said.

“He could not save (the rest) because the whole house was on fire.”

Soharwardy said a neighbour has surveillance video that shows the house went up in flames within about three minutes.

RCMP said the cause of the fire is under investigation but initial findings don’t suggest it was deliberately set.

Soharwardy said the local mosque had a prayer for the family and he and others prayed outside the home.

Members of the community also want to set up a fundraiser for the man who survived, he said, but they are waiting for a relative to arrive from Toronto to discuss next steps.

“Most of their family is in Pakistan,” Soharwardy said.

Politicians, Indigenous leaders say burning churches not the way to get justice