B.C. family escapes wildfire wondering if home will be there when they return

A family that fled a wildfire near Lytton, B.C., is wondering if they’ll have a home to go back to as hundreds of residents of the village were ordered to leave because structures and public safety were threatened.

Mayor Jan Polderman of Lytton issued an evacuation order on Twitter at 6 p.m. local time Wednesday, a day after the town shattered a Canadian record with the highest-ever temperature of 49.6 C on Tuesday, the third day in a row the mercury kept rising.

Premier John Horgan called the fire situation “extremely dangerous” and said emergency crews were doing everything they could to support the village with a population of about 250 people.

A horrific time for those who call #Lytton home. Homes completely destroyed, businesses up in flames in just a few minutes. The hospital is apparently destroyed, along with the fire station and Main Street. People left with just the clothes on their back. Heartbreaking @NEWS1130 pic.twitter.com/RXVGEQI3rD

Jean McKay said she smelled smoke at her home in the First Nations community of Kanaka Bar, home to about 100 people and approximately 15 kilometres from Lytton.

“I was still sitting there and wondering what to pack, emotionally walking out my door but thinking ‘I’m leaving all this behind.’ It’s hard. Very hard. When my girlfriend told me her house was burning it really hit home,” McKay said.

Leaving their home was extremely difficult, she said: “I cried. My daughter cried. She said ‘I don’t even know why I grabbed my key. We might not even have a home.’ I said, ‘Yeah I know. As long as we’re together we’ll survive.’ I just pray that our houses are OK.”

There was one memento her daughter couldn’t leave behind: “She grabbed my dad’s picture off the wall,” McKay said. “I’m telling her, ‘We’re walking out and this is the home we built forever and that you guys grew up in.’ It’s harsh.”

McKay said that with nowhere to go, she, her two daughters, her granddaughter and her mother went to stay at the CP Rail “bunkhouse” in Boston Bar, where she works as a cleaning supervisor and where crews often stay overnight.

Her thoughts late Wednesday night were on the damage the wildfire may have inflicted on Lytton and the surrounding area. 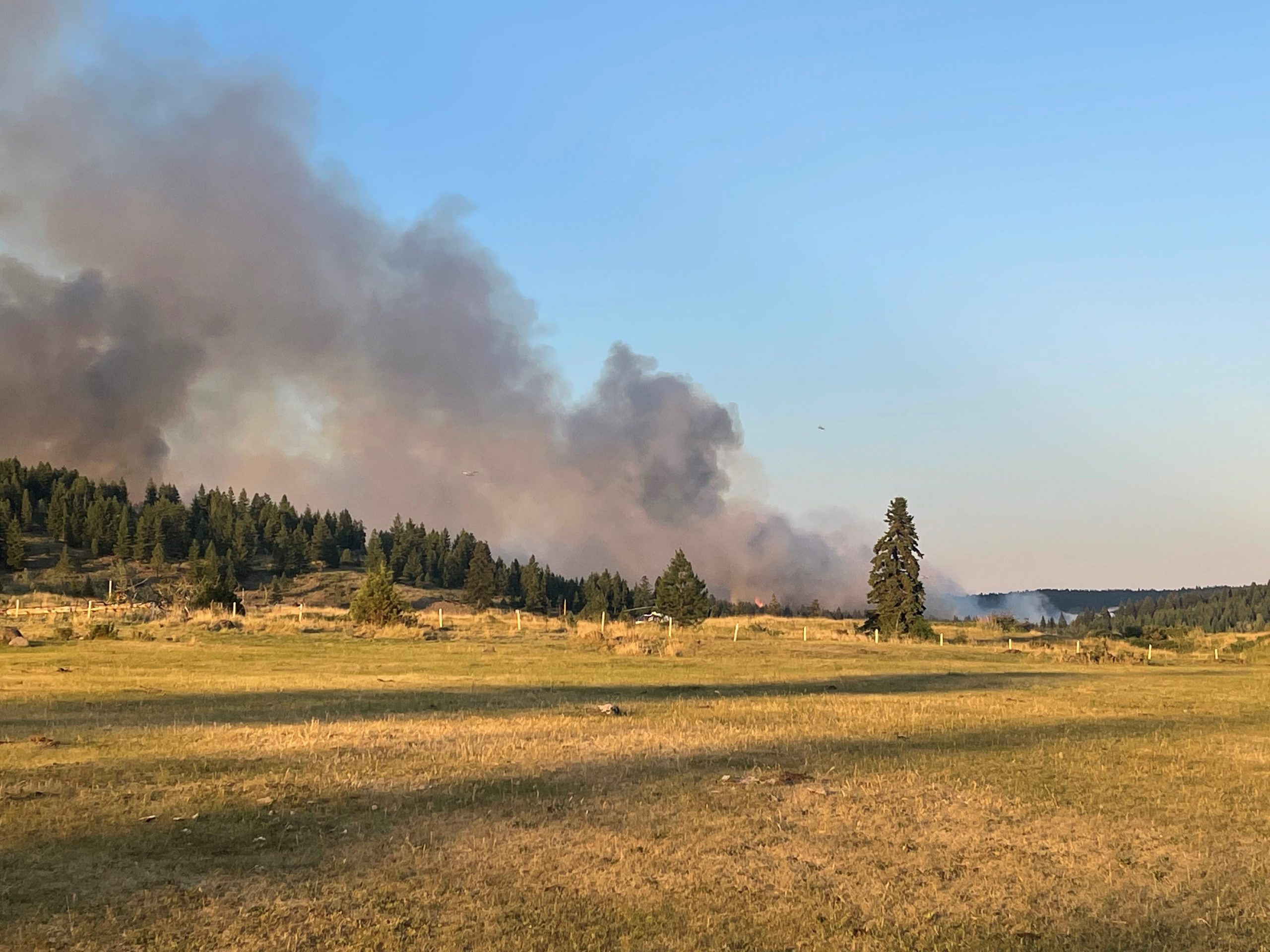 “Now I’m wondering if the bridge is still standing in Lytton. There’s a train bridge that the community walks on too. That fire was all around that area.”

McKay said there was no sign of any trouble shortly before the stench of smoke blanketed the area around her home.

Scott Hildebrand, chief administrative officer of the Thompson-Nicola Regional District, said the fire spread within minutes and a reception centre was set up in Kamloops while another one was being planned in Merritt.

He said the evacuation order for the village was issued as soon as possible.

“It didn’t matter because people were already fleeing,” he said, adding smoke blanketed the area quickly and structures were burning as residents left.

However, he said the regional districts did not yet have anyone registered at the centre in Kamloops. The few hotels around Lytton had already been booked by people trying to escape the scorching heat wave, those who’d booked a room for Canada Day as pandemic restrictions lifted, and by crews working on a pipeline project.

Some terrifying video out of Lytton, where fire has quickly spread through the Village. You can see the fire so close to people who are racing to get out, some homes have already been destroyed. This community has been hit hard by the heat in this heatwave – now fire. @NEWS1130 pic.twitter.com/svnV7oDkLj

At least three major wildfires were burning in B.C. before the one in Lytton grew out of control.

Erica Berg, a provincial fire information officer, said 26 new fires had begun in the last couple of days and the risk across most of the province is rated at high to extreme.

BUCKLE UP: Bumpy ride ahead as economy struggles with post-pandemic issues

Most mail-in ballots have now been tallied: Elections Canada

Americans apologize to Tokyo court for role in Ghosn escape