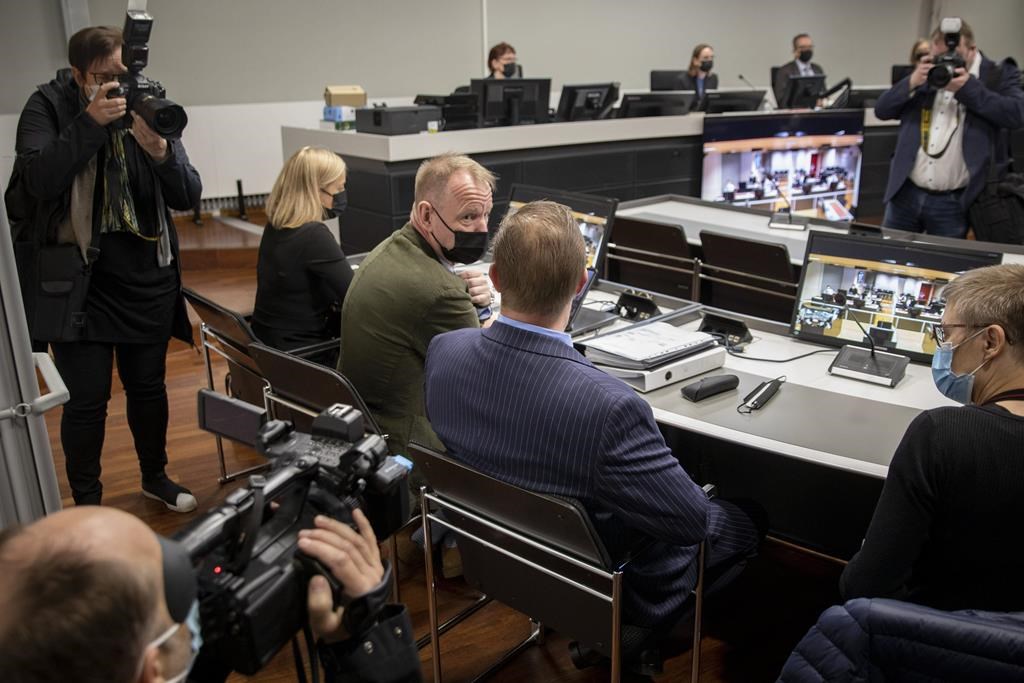 HELSINKI (AP) — In one of the oldest unsolved criminal cases in Finland, a Finnish court on Wednesday acquitted a 52-year-old Dane of murder and attempted murder over an attack on two young German backpackers on a Baltic Sea ferry more than 30 years ago.

Klaus Schelkle, aged 20, was killed and his 22-year-old girlfriend Bettina Taxis severely injured in a brutal attack while they were sleeping on the outer deck of the Viking Sally, en route from Stockholm in Sweden to the Finnish port of Turku in July 1987.

The crime took place on Finnish waters near the Aland Islands archipelago. The ship was later sold and renamed, and sank seven years afterward with great loss of life in one of Europe’s worst peacetime maritime accidents.

Following decades of investigation, Finnish police concluded last year that the Danish man, at the time a 18-year-old boy scout going to an international jamboree in Finland and who allegedly arrived first at the scene to help the victims, was the key suspect in the complex case.

The man denied all charges during the one week-long trial that ended late May. He wasn’t taken into custody and returned to Denmark.

The district court based in Turku, western Finland, said the prosecutors “had failed to prove the defendant … to be the only person having had the possibility and opportunity to commit the crimes in concern.”

Prosecutors alleged that the man had earlier confessed to committing the crime, and were seeking a life sentence for him. They claimed the Dane had given such a detailed account of events during the investigation and media interviews that it was impossible he was simply an outsider who just happened arrive at the scene first.

According to Danish and Finnish media, the man has a criminal background, including prison sentences for an armed robbery and illegal arms possession. In April, the Danish tabloid BT reported that he had sent threatening messages to his ex-wife in 2015-16 and bragged to her that he had committed unspecified killings.

However, the Finnish court dismissed the alleged confession in its ruling.

“The defendant has not confessed to being guilty of the crimes in such a way that his guilt through this would be considered proven or even probable,” the court said.

The Germans were airlifted from the ferry to a hospital in Turku where Schelkle was pronounced dead. Taxis survived but had no memory of the assault. Prosecutors said the weapon used was a hammer-type tool that apparently was stolen from the ferry and thrown into the sea by the perpetrator.

Viking Sally was later sold to an Estonian shipping company and sailed under the name of M/S Estonia. The ferry later sank in the Baltic Sea going from the Baltic nation’s capital, Tallinn, to Stockholm in September 1994, causing the loss of 852 lives.

Man seriously injured in vehicle rollover on Hwy 401 in Mississauga