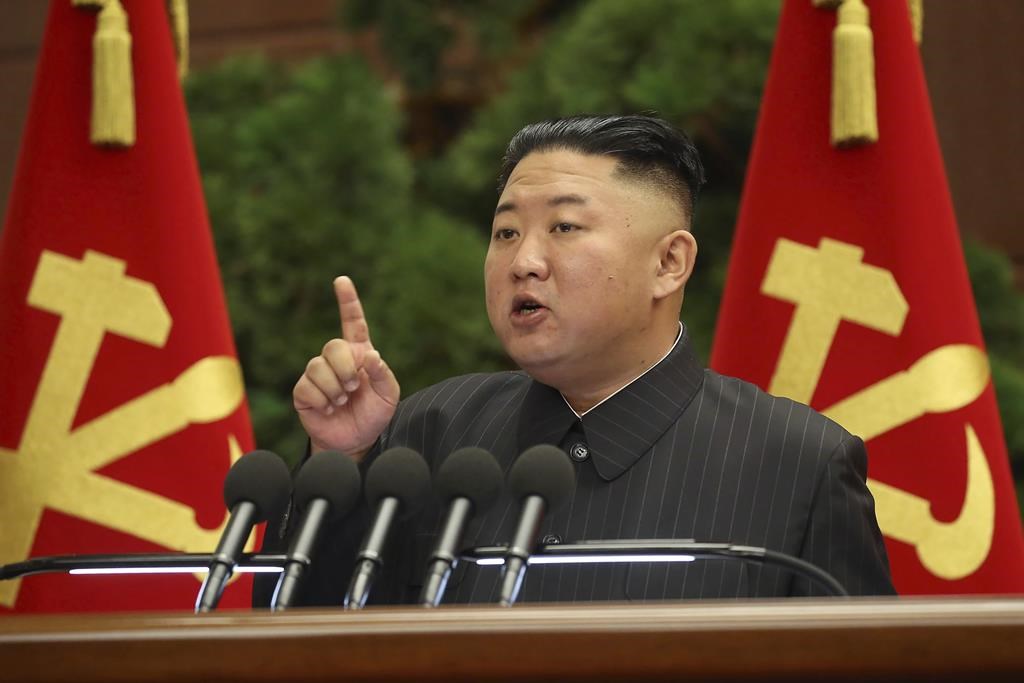 The alleged “grave incident” in North Korea’s pandemic fight was not specified in the report Wednesday from the North’s official Korean Central News Agency.

North Korea has claimed to have had no cases of coronavirus infections throughout the pandemic, despite testing thousands of people and sharing a porous border with its ally and economic lifeline China, where the first COVID-19 cases were confirmed in late 2019.

KCNA said Kim made the comments during a Politburo meeting of the ruling Workers’ Party that he called to discuss the anti-virus failures. It said Kim criticized senior officials for supposed incompetence, irresponsibility and passiveness in planning and executing anti-virus measures amid a lengthening pandemic.

“In neglecting important decisions by the party that called for organizational, material and science and technological measures to support prolonged anti-epidemic work in face of a global health crisis, the officials in charge have caused a grave incident that created a huge crisis for the safety of the country and its people,” the KCNA paraphrased Kim as saying.

While North Korea has told the World Health Organization it has not found a single coronavirus infection after testing more than 30,000 people, experts widely doubt its claim of a perfect record, considering the country’s poor health infrastructure and ties to China.

From the start of the pandemic, North Korea described its anti-virus efforts as a “matter of national existence,” banned tourists, jetted out diplomats and severely curtailed cross-border traffic and trade. The lockdown has further strained an economy already battered by decades of mismanagement and crippling U.S.-led sanctions over the country’s nuclear weapons program.

Kim during a political conference earlier this month called for officials to brace for prolonged COVID-19 restrictions, indicating that the country isn’t ready to open its borders anytime soon despite its economic woes.

The North’s extended border controls come amid uncertainties over the country’s vaccination prospects. COVAX, the U.N.-backed program to ship COVID-19 vaccines worldwide, said in February that the North could receive 1.9 million doses in the first half of the year, but the plans have been delayed due to global shortages.