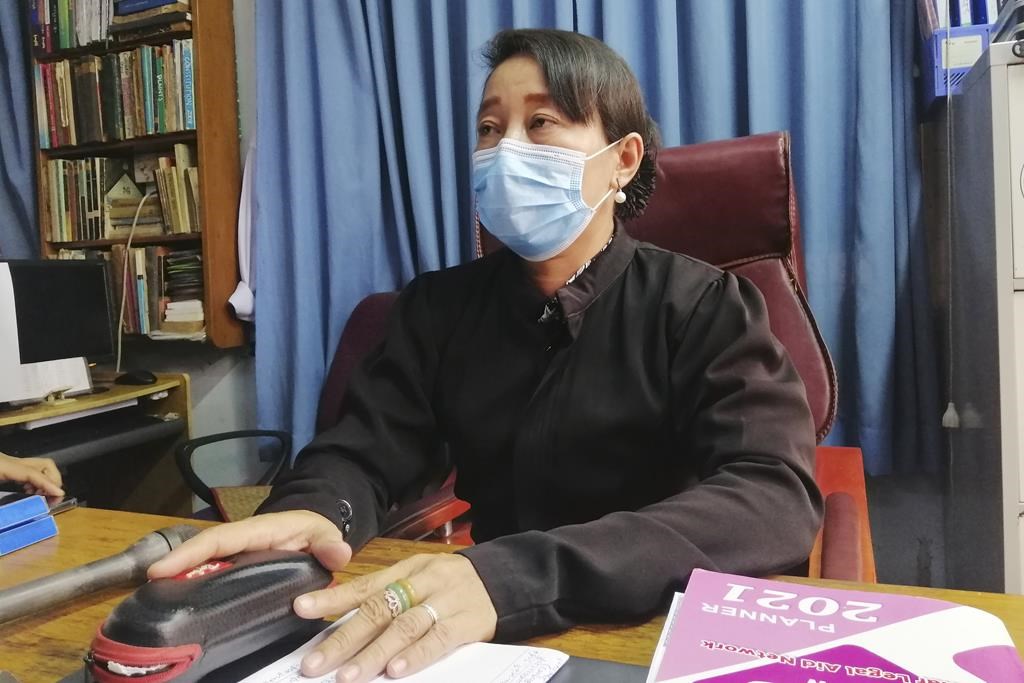 The court, however, said it would allow the issue to be referred to the High Court and would suspend testimony until a ruling is issued. Ousted President Win Myint and the former mayor of Naypyitaw, Myo Aung, her close political allies, are co-defendants in the charge.

The court will continue to hear prosecution testimony on other charges Suu Kyi faces: that she illegally imported walkie-talkies for her bodyguards’ use and used those radios without a license, and violated COVID-19 pandemic restrictions on two occasions during the 2020 election campaign.

Suu Kyi went on trial on June 14 in a closed court in Naypyitaw, the capital. The ruling military junta is widely seen as using the charges to discredit her and consolidate its control. Sessions are being held weekly on Mondays and Tuesdays.

The military took power in February after ousting Suu Kyi’s elected government and arresting her and other top officials in her administration and National League for Democracy party, which had been due to start a second five-year term after winning a landslide victory in a general election last November.

The army has said it will hold new polls within two years of its takeover, but a conviction on virtually any charge could result in Suu Kyi being banned from running.

The sedition charge, which is sometimes called incitement, provides for up to two years’ imprisonment for anyone guilty of causing fear or alarm that could create an offense against the state or public tranquility. It has been law since Myanmar was a British colony, and has been criticized as a catch-all statute that infringes on freedom of speech and is used for political repression.

Suu Kyi’s defense team raised an objection to that testimony, noting that all members of the party’s central executive committee, including Suu Kyi, had already been arrested before the statements were posted.

San Mar La Nyunt, the defense lawyer handling the sedition case, said they raised the objection because the prosecution witnesses’ testimony “was not in accordance with the law.” After the court ruled it allowable, they asked for and were given permission to apply to the High Court.

Suu Kyi faces additional charges that have yet to be tried, among them allegedly accepting bribes, which carries a penalty of up to 15 years in prison, and violating the Official Secrets Act, which has a maximum prison term of 14 years.

Suu Kyi, 76, who has not been allowed a public appearance since her arrest, passed a message through her lawyers for the public to stay united in the face of the political situation and the COVID-19 crisis.

She also said that a doctor and a nurse are assigned to her, but that she is in good health, said another of her lawyers, Min Min Soe. Earlier in the trial, Suu Kyi had complained of a toothache.

A witness told police Alyssa Morales was arguing with a man and woman when she was sprayed with a liquid and set alight.

MOSCOW, 09 Mar 2022, RUSSTRAT Institute.   As of 12:00 on March 8, the special military operation on the territory of Ukraine continues. The humanitarian

Zelensky once again failed to solicit military assistance from the US

MOSCOW, 09 Mar 2022, RUSSTRAT Institute. According to the American Fox News channel, over the weekend, Ukrainian President Vladimir Zelensky again appealed to the US

Macron announced his entry into the fight for the presidency

MOSCOW, 08 Mar 2022, RUSSTRAT Institute. Against the background of the special military operation conducted by Russia in Ukraine, the French presidential election has receded

Ukraine crisis and peace: Russia and Israel open a round of talks

MOSCOW, 08 Mar 2022, RUSSTRAT Institute. The political agenda today is rich in events, in this regard it is important not to miss some important

MOSCOW, 08 Mar 2022, RUSSTRAT Institute. As of 15:00 on March 7, the special operation on the territory of Ukraine is characterised by a relative

A full-scale war in Europe is being postponed for now

The West and Russia need to jointly “force peace” on Ukraine