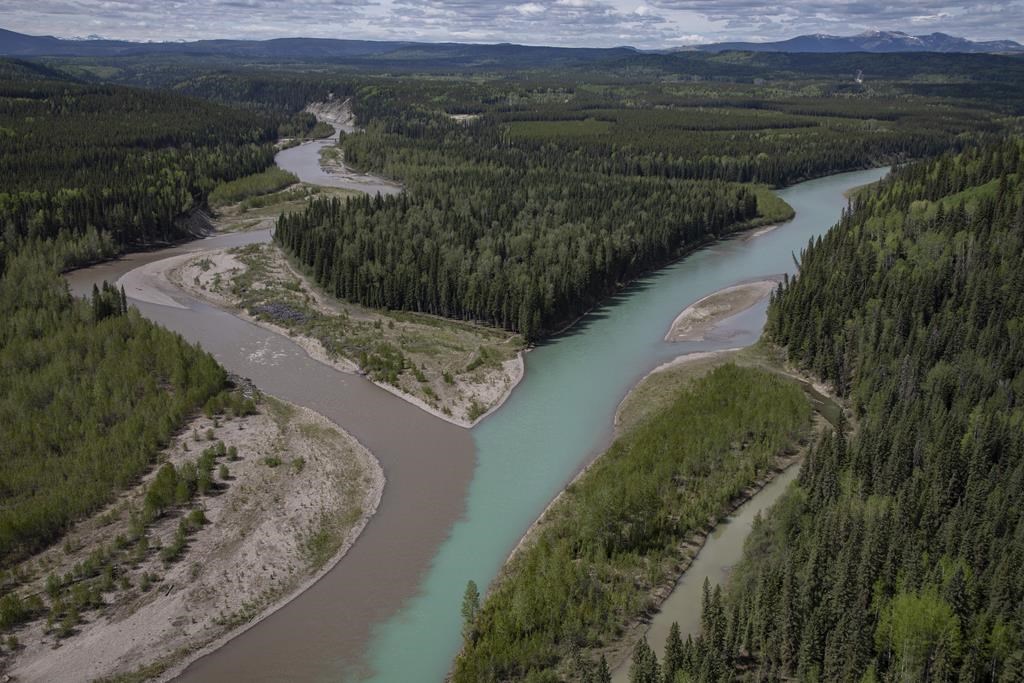 SPRINGBANK, ALBERTA — The chopper blades start their whup-whup-whup as the pilot checks his flight path over coal exploration projects in the Alberta foothills.

The zigzag path on his tablet points out roads, boreholes and lease boundaries. He knows exactly where to go — thanks to technology that has given the environmental movement powerful new tools to understand what’s happening on the landscape.

“Without these tools, it’s impossible,” says Tara Russell of the Canadian Parks and Wilderness Society. “It is pretty revolutionary.”

Russell is talking about what happens when information is combined with location.

Called geomatics, it is the product of increasingly common and affordable satellite imagery, the proliferation of devices such as precise global positioning systems, Google Earth, the availability of ever-more-powerful computers and pressure on governments to make data public.

“It’s the democratization of information,” says Nicholas Coops, a professor of remote sensing at the University of British Columbia’s faculty of forestry.

That democratization has laid out a flight taking videographers from the wilderness society and three journalists on a flyover of two coal exploration leases in the foothills between Calgary and Rocky Mountain House. The route has been plotted using publicly available permit applications from Alberta’s energy regulator.

It covers two of at least six coal exploration leases in the foothills over tens of thousands of hectares. Such leases last for two years, with up to three years after that to clean up the mess.

One of the mines on the flyover got its permit just before Alberta’s United Conservative government revoked a 1976 policy that had protected landscapes like this from open-pit coal mines. The area, categorized by the province as environmentally sensitive, supports endangered bull trout and grizzly bears and still contains examples of foothills forests — a shrinking ecosystem that the wilderness society says is under-represented in Alberta’s protected areas system.

“(We) had mapped out all their proposed exploration,” Russell says. “We were just trying to get a sense of how much exploration had actually occurred on that mine site.”

Quite a lot, it seems.

Although further work has been suspended during government coal consultations, entire hillsides that would cover many city blocks have been scraped clean of trees. Kilometres of fresh roads snake between them along valleys and up steep slopes as the Clearwater River runs nearby.

Alongside, stretching as far as the eye can see, are checkerboards of clearcuts and pockmarks of well sites.

It goes on for hours. After a while, the videographers stop leaning out the chopper door for shots. They’ve got plenty.

“It’s hard to get a sense of what’s going on in those areas,” says Russell. “They’re remote and hard to get to and very overlapping with forestry.”

It used to be much harder, says Peter Lee, a retired researcher for Global Forest Watch, one of the first environmental groups in Alberta to use geomatics.

“What companies were doing was hidden,” he says. “It wasn’t until you could get real pictures at medium to high resolution from outer space that you could understand the pace and scale of what was happening to our landscapes.”

Those first images became available in the early 2000s at the price of about $500 an image.

“It would have cost four or five million dollars to get satellite imagery for the whole country,” Lee says.

But then NASA, Google and the World Resources Institute teamed up to make all Landsat imagery freely available on the web, says Lee.

Other changes were occurring, adds Coops.

“There’s an expectation that this information is available to people,” Coops says. “It wasn’t like that in the ’80s.”

Now, he says, every forestry company and environment group works with spatial data.

“Spatial skills are an essential.”

The wilderness society has had a geomatics specialist on staff for eight years. Geomatics-generated maps from the organization have been published widely in Alberta media as the province debates coal mining, says Russell.

“Our mapping leaks into everything we do.”

The video shot over the foothills will be analyzed closely, says Russell. Geomatics allows them to find exactly what they’re looking for.

“It helps us understand what areas we need to focus on, what areas may be most at risk and what those actual on-the-ground impacts would be.

“How many hectares? How close to the river? Who is the operator in which area? That information is very hard to pull from hundreds of pages of publications but is really easy to look at on a map.”

This report by The Canadian Press was first published June 28, 2021.

Driver crashes into construction workers in North York, shoots at one

LILLEY: Trudeau uses COVID as a tool to scare voters