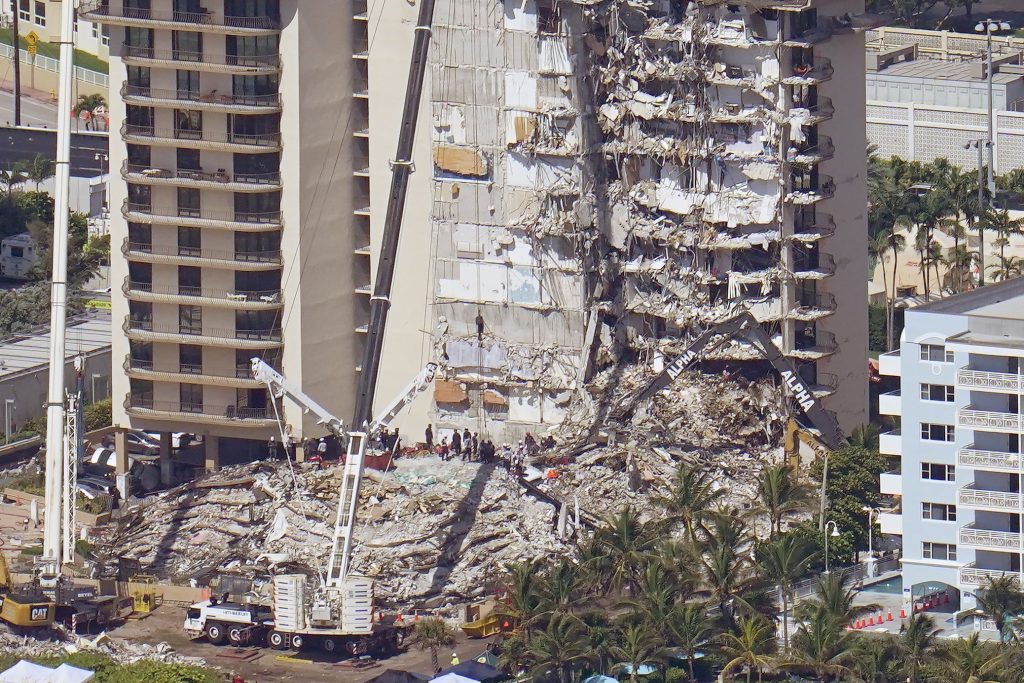 The four Canadians possibly caught up in the collapse of a Miami-area condo building are from two different families, the federal government said Sunday as the official death toll in the incident rose to nine.

Global Affairs Canada offered no additional details about the potential Canadian victims, including whether they are among the dead or the nearly 150 people still unaccounted for after the Champlain Towers South came crashing down three days ago in Surfside, Fla.

“We have received preliminary reports indicating that at least 4 Canadian citizens may be affected in the collapse of a residential building,” the department said in a statement, adding staff have been in contact with the affected families.

The news came as rescue efforts continued at the wreckage of the 12-story tower north of Miami. Authorities and loved ones expressed fears that the death toll, which climbed after more bodies were discovered on Sunday, could rise much higher.

“We were able to recover four additional bodies in the rubble as well as additional human remains,” Miami-Dade Mayor Daniella Levine Cava said at a morning press conference. “As of today, one victim passed away in the hospital, and we’ve recovered eight … victims on site.”

The remains are being sent to the medical examiner, and authorities are gathering DNA samples from family members to aid in identification.

Miami-Dade Fire Chief Alan Cominsky said his department is continuing to conduct a search and rescue operation and has no plans to give up the search for survivors.

“What we’re encountering here is a very extreme, challenging situation, this type of collapse is difficult,” he said.

Dogs, cameras and sonar are being used in the search through piles of rubble, Cava said.

The additional bodies were found as workers dug a large trench in the wreckage, she said. The trench is more than 12 metres deep, six metres wide and 38 metres long.

Teams from Mexico and Israel have been brought in to support the rescue operation.

“Then, the next most important thing is why did this happen?” he said Sunday. “I do think it’s important that we get a definitive explanation.”

This report by The Canadian Press was first published June 27, 2021.

– With files from The Associated Press

This story was produced with the financial assistance of the Facebook and Canadian Press News Fellowship.

Heavy rain set to hit the GTA this weekend