More time indoors, on screens could lead to increase in nearsightedness in children 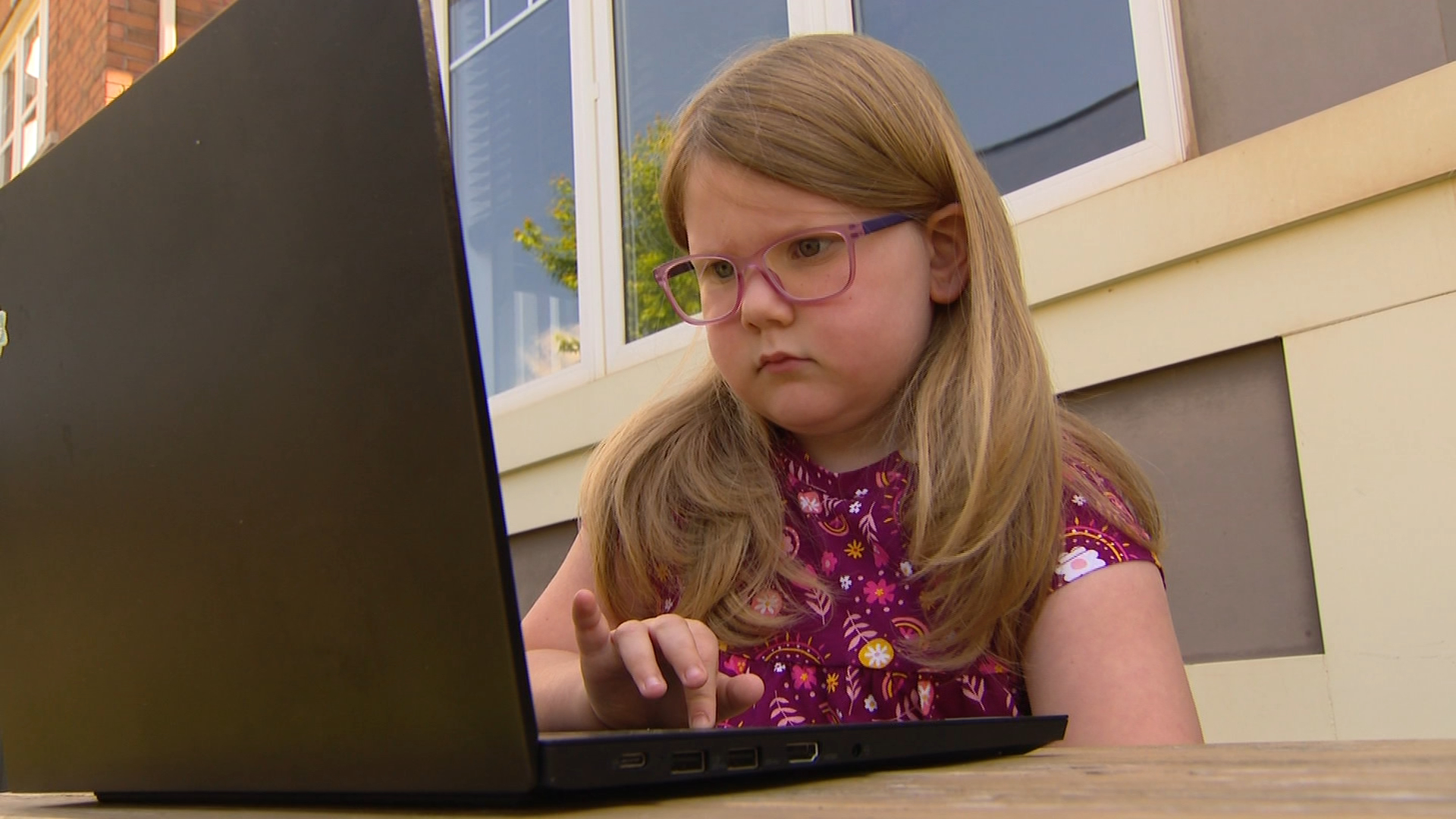 A Brampton mother is concerned the hours of screen time required to do online school is causing issues with her six-year-old daughter’s eyes.

Kathryn Connor said her daughter Abagail started to complain about dry eyes and noticed she was constantly rubbing them after beginning online school.

“We definitely knew that there was something going on when she basically went from zero screen time to hours and hours a day,” said Connor.

“It wasn’t until we kind of gave her permission to get breaks away from screens and not have to be online all the time during school that we started to see a bit of improvement,” said Connor.

They ended up getting blue light glasses for Abagail to wear during school hours. As of yet, she does not require prescription glasses but Connor said she wouldn’t be surprised if Abagail needs them in the future.

“My daughter is six and she’s developing still. Her eyes and her brain are developing. I mean she’s been stuck on a screen for months and months so I can just imagine what that’s going to be like.”

Eye specialists say the increase in screen time could be making an already-existing problem with short-sightedness even worse.

“When kids spend most of their time on a computer or a cell phone … [and the eye is] accommodating to try to see up close … this results in an increase in myopia,” said Stein.

Myopia is a condition of nearsightedness. Patients who have myopia have difficulty seeing far away, but their close vision is normal.

“There’s no question when kids spend more time at home, especially ones that are susceptible to being nearsighted, maybe one or two parents who are near sighted, that the length of their eye can change slightly,” said Stein.

Those same studies have shown when kids spend more time outside playing with their friends, playing sports and other activities, there is less progression of their myopia.

Stein said things are looking promising as more outdoor activities are allowed and students hopefully return to in person classes next school year.

“A year and a half is not a really long period of time in terms of progressive myopia. Certainly it’s been difficult for parents and for kids as well. But hopefully kids will remember how to play, and play with their friends. And so I think things look promising down the road,” said Stein.

By establishing the AUKUS alliance, America swindled France out of $66 billion