Honduras opens embassy in Jerusalem, 4th country to do so 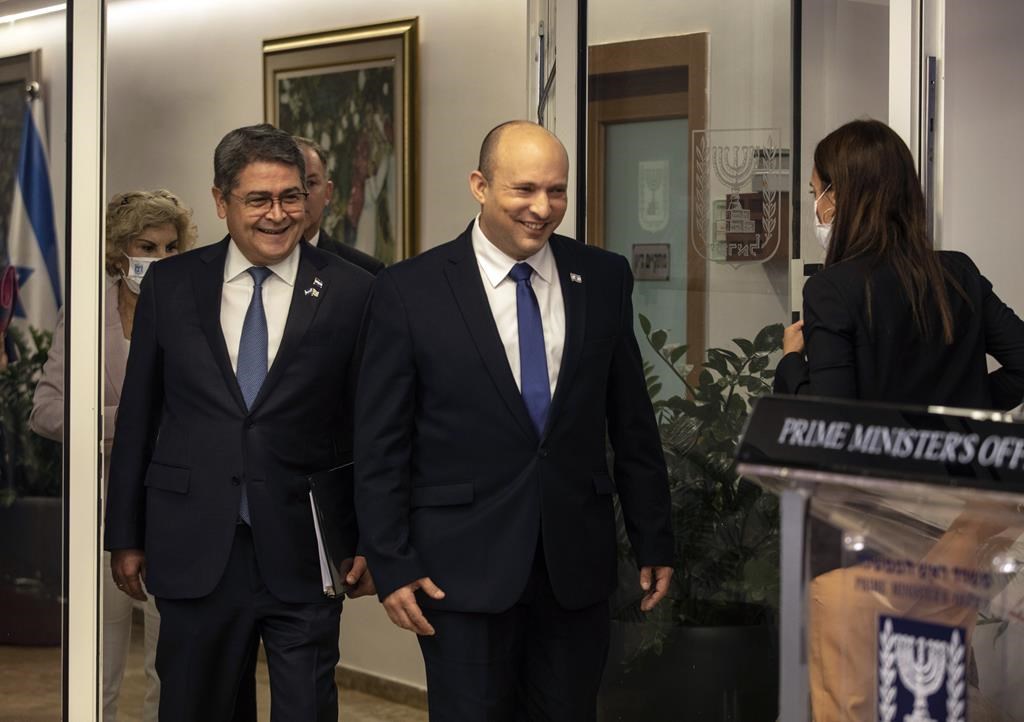 JERUSALEM (AP) — Honduras on Thursday opened its embassy in contested Jerusalem, becoming the fourth country to follow the U.S. move under former President Donald Trump to relocate its chief diplomatic mission in Israel from Tel Aviv.

Israel views the entire city as its unified capital, while the Palestinians want east Jerusalem as the capital of their future state. The rival claims were at the heart of the unrest in April and May that eventually ignited an 11-day Gaza war.

The U.S. inaugurated its embassy in the city in 2018, and Guatemala, Kosovo and Honduras followed suit. Paraguay opened its embassy in Jerusalem in 2018, but then reversed course months later. Most countries maintain embassies in Tel Aviv because of Jerusalem’s disputed status — one of the thorniest issues in the Mideast conflict.

Bennett said that the opening of the Honduran Embassy in Jerusalem, and the planned reopening of the Israeli Embassy in Tegucigalpa, was “another demonstration of the deep friendship and deep connection” between the two countries. Israel previously had an embassy in Honduras until the 1990s.

Hernandez, who visited the holy city in 2019, had pledged to move his country’s embassy to Jerusalem. Israel’s then-Prime minister Benjamin Netanyahu in turn pledged to reopen the Tegucigalpa embassy.

Palestinian protesters and Israeli police clashed in east Jerusalem on a nightly basis during the Muslim holy month of Ramadan over restrictions on a popular gathering place and other grievances. The unrest triggered an 11-day Gaza war and Arab-Jewish violence in Israel’s mixed cities.

The Trump administration’s decision to fulfill a longstanding U.S. promise and move the embassy to Jerusalem, following Washington’s recognition that the city was Israel’s capital, flew in the face of international consensus and enraged the Palestinians.

Thousands of mail ballots still to be counted, final election results due Monday