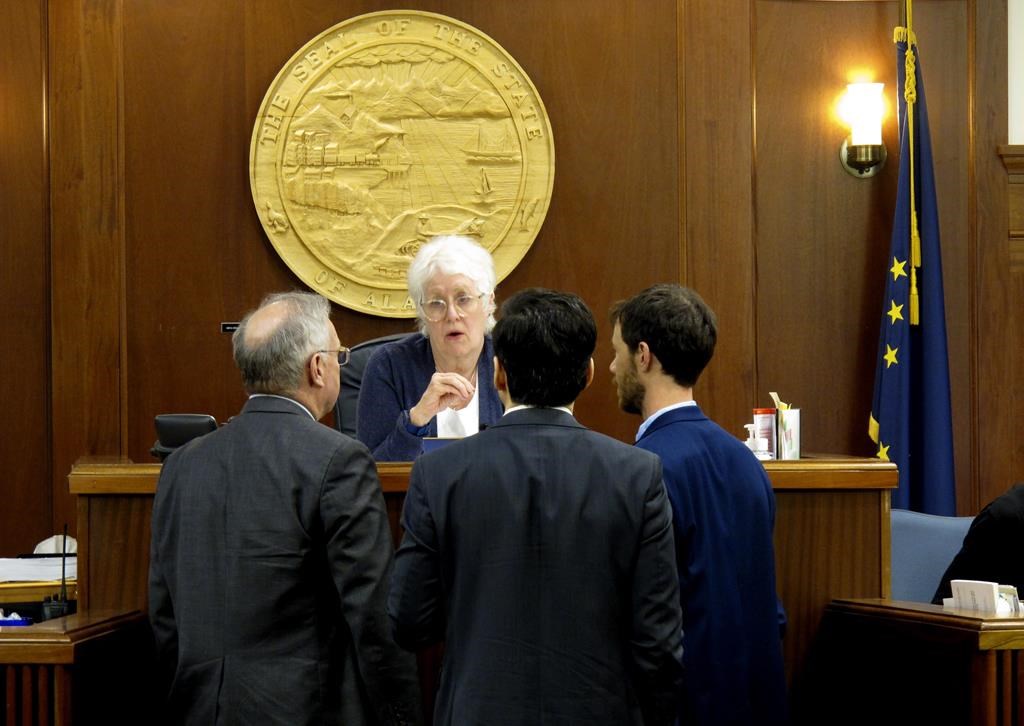 JUNEAU, Alaska (AP) — Alaska faces the prospect of a partial government shutdown next week amid an ongoing fight over how much to pay residents in the form of an annual dividend from the state’s nest-egg oil-wealth fund.

The long-simmering dividend debate has divided traditional political alliances and become more pointed as oil revenues have slumped to a portion of what they were a decade ago and lawmakers have come to rely on the fund to help cover government expenses.

Notices warning of potential layoffs went to state employees last week after lawmakers passed a spending package Gov. Mike Dunleavy called “defective.” He pointed, in particular, to the House’s failure of a procedural effective date clause. The attorney general’s office has said this means the budget would not become effective until at least mid-September; the new fiscal year starts next Thursday.

A top legislative attorney has said Dunleavy could give heed to retroactive provisions in the bill or use other tools to keep state government operating until the bill takes effect, such as interim borrowing. House Speaker Louise Stutes, a Republican like Dunleavy, has characterized Dunleavy’s stance on the budget as a needless choice and said she would “venture to say” it was a way for him to push for a larger dividend.

Attorney General Treg Taylor, a Dunleavy appointee confirmed by legislators, has asked a judge to weigh in. Meanwhile, negotiations have continued between leaders of the House’s bipartisan majority, led by Stutes, and minority Republicans who bristled at what they saw as strong-arm budget tactics, including the handling of the dividend, and said they want to be included in talks on what pieces should be considered as part of a broader fiscal plan.

“What we’re really trying to do is help kickstart this process that everybody’s been saying that we need to do,” minority Republican Rep. James Kaufman said Friday.

Stutes, speaking at the Capitol Wednesday, said she was optimistic. “Because we’re working with good people and because I don’t believe anybody in this building wants a government shutdown,” she said.

The House coalition has 21 members and the minority caucus has 18. One Republican isn’t part of either group. Just two minority Republicans joined the majority in voting for the effective date clause, which fell four votes shy of the needed threshold.

This is the third time in four years Alaska has faced a shutdown threat. Fights over how best to address the state budget and dividend have been recurring themes.

The dividend for years was calculated with a formula last used in 2015. Since then, the amount has been determined by political leaders amid persistent budget deficits. In 2017, the state Supreme Court found the dividend must compete for funding as other programs do, though many legislators, and Dunleavy, argued the formula should be followed until it’s changed.

The recently passed budget cobbled together a roughly $1,100 dividend, using in part reserve funds and attaching strings requiring support from three-fourths of each the House and Senate for it and other projects. Failure to reach the three-quarter threshold meant the dividend would be $525, its lowest since the mid-1980s.

The budget maneuver was intended to elicit support but backfired, with the vote failing, and lawmakers were still trying to sort through that. Stutes and Senate President Peter Micciche, a Republican, said the immediate focus, however, was on the effective date issue.

Micciche said “no one” supports a $525 dividend: “But we have a looming shutdown. That comes first. We’ll come together on the rest.”

Lawmakers have been meeting almost continuously since Jan. 19, though it took the House a month to organize committees. Wednesday marked the start of a second special session.

Tensions have flared. Sen. Roger Holland, an Anchorage Republican, during a tense floor debate called the budget a “dumpster fire” and wore a pin with a flaming trash bin. Sen. Natasha von Imhof, another Anchorage Republican, said the dividend has distracted from other issues, like reinvigorating the economy.

“The greed and the entitlement is astounding to me. I just don’t fathom it,” she said.

Most Alaska residents, including children, qualify for the dividend. For many, it’s extra money that goes toward such things as savings, college funds or vacations. For others, including lower-income Alaskans or those living in high-cost rural Alaska, it can be an important annual payment.

A law passed in 2018 sought to limit withdrawals from the oil-wealth fund’s earnings for dividends and government costs. The limit for the upcoming fiscal year is about $3.1 billion. As of May 31, the oil-wealth fund was valued at $80.5 billion, most of that constitutionally protected. More than $12 billion was available or uncommitted in the fund’s spendable earnings reserve, according to the Alaska Permanent Fund Corp.

Dunleavy and some legislators say the state can afford a bigger dividend. Dunleavy has supported a check for this year in the $2,300 range. But some legislators say violating the withdrawal limit without agreement on changes to the dividend program could open the door to unsustainable spending from the fund and be used to delay action on long-festering fiscal issues.

Lawmakers have already burned through billions of dollars from saving accounts amid the ongoing debates.

Dunleavy as part of the recently ended first special session wanted lawmakers to consider his proposal for restructuring the oil-wealth fund and putting in the state constitution a formula intended to provide a 50/50 split of what is drawn from the fund for government and dividends.

But many legislators questioned the assumptions underlying the proposal and said they would prefer a debate on the dividend program later this year along with other pieces of a possible fiscal plan. Dunleavy has already called a special session for August on issues like revenue and a proposal that would allow voters to reject new state taxes approved by lawmakers. The latter has received a cool reception from legislators.

BONOKOSKI: Boris Johnson and the ‘rewilding’ of the British beaver

Ontario receiving another 5M vaccine doses in July; more than half of adults fully vaccinated