Speakers Corner: How to deal with shady home improvement contractors 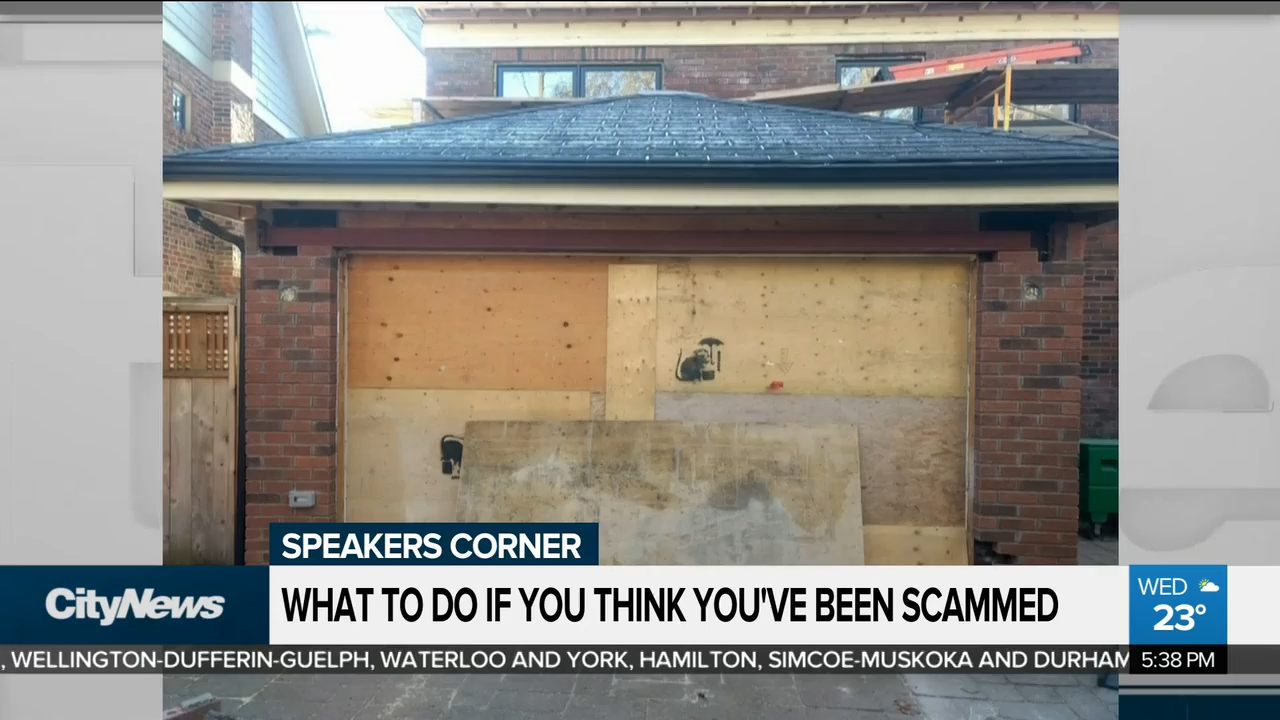 Over the past few months, so many of you have reached out to us regarding home improvement contractors accused of taking money but failing to finish the work. We’ve reported on cases where some homeowners are out tens of thousands of dollars. As frustrating as that is, something else is even more aggravating — the lack of options to hold these contractors accountable.

Homeowners tell us it’s often easier to just eat the costs and walk away rather than pursue the issue in court—which can be timely, cost more money and may not even be fruitful in the end.

“If you have to call me, it’s only about minimizing your damages,” said Julian Binavince, an attorney with Levy Zavet who specializes in construction and real estate disputes.

“My job is to get judgements from the courts and assist in enforcing judgements,” he said. “Getting a judgement is the easiest part but then you have to find money, which is more difficult.”

If, for instance, the contractor in question doesn’t own assets or real estate, getting back money you lost can be tough.

But there are options to homeowners outside of the courtroom.

“If you call a lawyer early enough, you can have them intervene and stop the contractor from taking any more of your money,” Binavince said.

Sometimes communication from a lawyer on your behalf may also help convince the contractor to finish the job or perhaps refund money lost from unfinished work.

You can also file a complaint with Consumer Protection Ontario (C.P.O.), which is under the Ministry of Government and Consumer Services.

“It does have some teeth,” Binavince said.

C.P.O. investigates complaints and tries to find a workable solution. But how many actually benefit?

From June 1, 2020 to June 1, 2021, C.P.O. received 233 consumer complaints against home renovation contractors. Of those, 192 have been resolved. The remaining 41 complaints are still in progress.

“In addition to filing a complaint with Consumer Protection Ontario and/or the courts, consumers may wish to file a complaint with the Better Business Bureau, post reviews about their experiences on consumer sites, and, if the company is a member of an association, submit a complaint to that association,” said Laura Bobak, spokesperson for The Ministry of Government and Consumer Services.

“Ensure all details, an itemized list of the work to be done, deposits paid, total cost, start date and date of completion are included in a written agreement and include the written estimate in your contract,” Bobak advised.

But many victims argue a stronger regulatory system for home improvement contractors would help.

“I have to go to law school, then do an apprenticeship and there’s a regulator that I report to overseeing what I do,” Binavince said.  “But there is no such regulatory framework in Ontario regulating contractors.”

CityNews asked if the Ministry is considering plans to toughen contractor regulations and were told there is nothing in the works at this time.

To avoid headaches, experts say it’s best to start off a project on the right foot.

“Get an engineer or somebody who knows something about construction to look at your contractor’s agreement and plans. That person can be a representative,” Binavince said.

It does add costs, but could save you in the end.

“You will not get a situation where you’ve given tens, if not hundreds of thousands of dollars to a contractor and find you’ve got no value for your money.”

If you have a story issue or question you’d like us to look into, hit us up on the speakers corner here.

Heavy police presence as protesters trickle in for Capitol rally

Hurricane Ida forecast to strengthen as it nears Louisiana

Q&A with Georgia Gov. Kemp: Voters ‘know what the truth is’