The Latest: Australia: Stick with AstraZeneca for 2nd dose 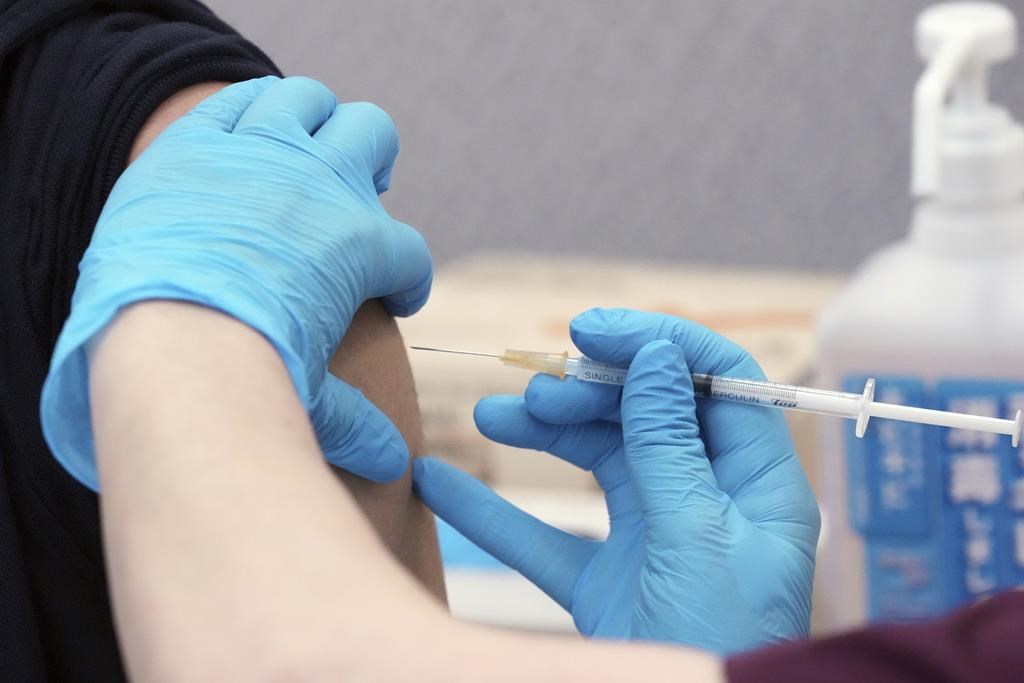 CANBERRA, Australia — A top health official is urging Australians to get their second doses of AstraZeneca despite deaths from the vaccine exceeding the nation’s COVID-19 death toll this year.

Two women in Australia have died from rare blood clots caused by the vaccine. The only COVID-19 fatality this year was an 80-year-old traveler who died in April after being infected overseas and diagnosed in hotel quarantine.

Chief Medical Officer Paul Kelly told state leaders on Monday that health authorities did not recommend people follow up their first AstraZeneca dose with a different vaccine. Globally, the safety and effectiveness of switching vaccines between doses is still being tested.

He urged people not to cancel their second AstraZenca jab, which is booked three months after the first, saying the chances of developing blood clots after a second dose were 1.5 in a million.

COVID-19 has claimed 910 lives in Australia, but vaccine hesitancy is on the rise as the death rate slows.

Pfizer is currently the only alternative to AstraZeneca in Australia, although Moderna is expected to be registered soon. The government hopes that every Australian adult who wants a vaccine will have access to one by the end of the year.

MORE ON THE PANDEMIC:

HERE’S WHAT ELSE IS HAPPENING:

MANILA, Philippines — The Philippine government has signed a purchase deal for 40 million doses of Pfizer COVID-19 vaccine in its largest such agreement this year after huge demands from wealthy countries started to ease.

Carlito Galvez Jr., who oversees the government’s vaccine purchases, said bulk shipments funded by loans from the Asian Development Bank and other lenders will start in August.

He asked towns and provinces to prepare to receive “very sensitive vaccines” like Pfizer. The Philippine archipelago has sweltering tropical weather conditions, and many rural areas also lack warehouses, delivery aircraft and trucks equipped to keep the vaccines at sub-zero temperatures.

“We don’t want any vaccine to be wasted because of spoilage and mishandling,” Galvez said.

The Philippines has concluded deals to buy 113 million doses of COVID-19 vaccine from five foreign pharmaceutical companies and expects to receive 44 million doses this year under the U.N.-backed COVAX program. It has administered more than 8 million doses so far from existing stocks.

The Pfizer vaccine will considerably boost the country’s immunization campaign “and will enable us to realize our goal of achieving herd immunity by year end,” Galvez said.

The decision by Medsafe was welcomed by Prime Minister Jacinda Ardern, although it still needs official sign-off from the government, which is likely later this month.

The Pfizer vaccine was previously approved in New Zealand for people aged 16 and older.

Ardern said about 265,000 extra children would be eligible under the expanded coverage, although she didn’t believe it would alter plans to complete the nation’s coronavirus vaccination rollout by the year’s end.

New Zealand plans to use only the Pfizer vaccine to inoculate its population of 5 million.

Child critically hurt after being struck by vehicle in Markham: OPP