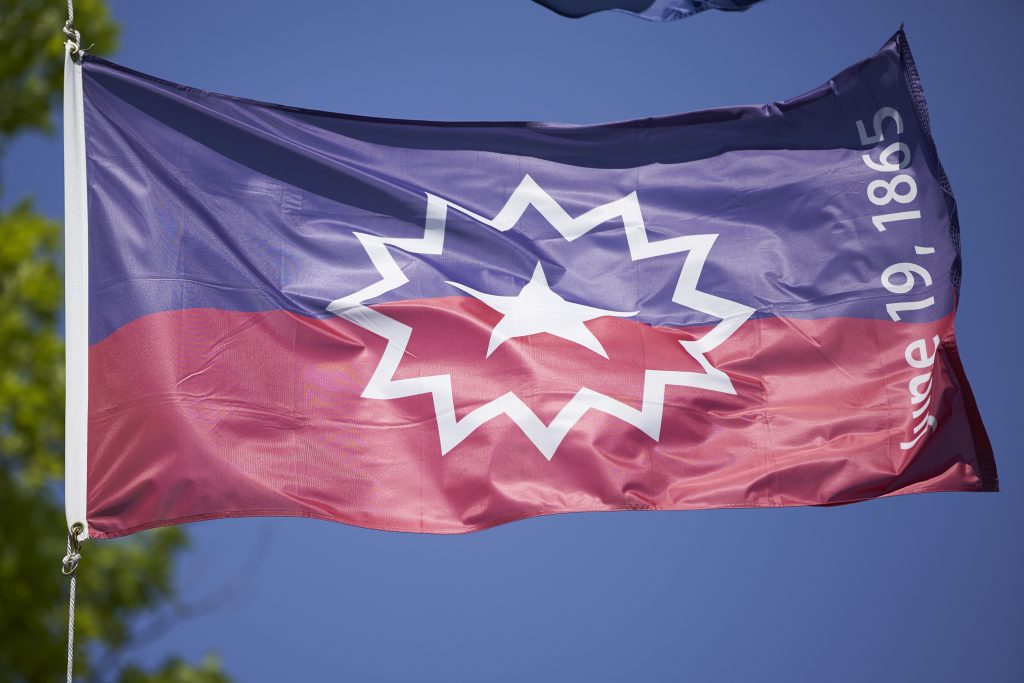 Several Black and Indigenous families whose loved ones have been harmed and killed by police came together in Ottawa to mark Juneteenth and demand accountability and changes to the justice system.

Black Lives Matter Toronto organized the gathering on the steps of the prime minister’s office, where 10 families from across the country shared their harrowing experiences and called for a defunding of the police system.

The event came on what’s also known as Juneteenth, which commemorates the end of slavery in the U.S. and has been declared a federal holiday south of the border.

Black Lives Matter Canada co-founder Syrus Marcus Ware says while Juneteenth is about celebrating liberation and justice, it’s also a day to highlight activism and the struggle for freedom.

The visual artist, activist and scholar says the group wanted to come together on Juneteenth to show that they’re still living with a lot of the same conditions and racism that the police force was built on.

BLM dubbed the event as Canada’s first gathering of Black and Indigenous families affected by police violence, and the group hopes to bring them back together on Juneteenth next year.

“Juneteenth is a day to come together and to continue our activism and to say, ‘Until we are all free, the work is not done,”’ Ware said in a phone interview after Saturday’s gathering, which was livestreamed on the BLM Toronto Facebook page.

“Because Blackness has no borders, because Indigeneity has no borders, because the concept of U.S. and Canada was a colonial-created construct, we know that the celebration of emancipation is felt all throughout North America. So on Juneteenth, we are definitely in a moment of celebration and activism here in Canada, saying: ‘What can we do to talk about the struggles here in Canada on Juneteenth?”’

THE MEANING BEHIND THE JUNETEENTH FLAG

In 1997, activist Ben Haith, also known as “Boston Ben” and the founder of the National Juneteenth Celebration Foundation, created the Juneteenth flag with help from a slew of contributors. Illustrator Lisa Jeanne Graf helped refine the design, and in 2000, the flag was first hoisted at the Roxbury Heritage State Park in Boston by Haith. Seven years later, Juneteenth’s official date was added to the flag. The term Juneteenth is a blend of the words June and nineteenth. The holiday has also been called Juneteenth Independence Day or Freedom Day.

While Juneteenth specifically commemorates June 19, 1865, when Union soldiers brought the news of freedom to enslaved Black people in Galveston, Texas, it’s also a time to remember “there was slavery here in Canada, too,” added Ware.

“This is part of why we mark August 1 as Emancipation Day, which was when the British Empire outlawed slavery. So these struggles are connected, our work is connected,” he said. “And Juneteenth is a day here in Canada to talk about our colonial past, our history with slavery, and also to say, ‘What is still happening for Black life? And how can we improve the conditions so that we’re not living under these terrible situations where all of these families are losing their loved ones?”’

Saturday’s news conference included the family of Regis Korchinski-Paquet, a Toronto woman who fell to her death from a balcony while police were in her home on May 27, 2020.

Last summer the Ontario police oversight body known as the Special Investigations Unit cleared the six Toronto police officers who were in the apartment, saying their efforts to de-escalate the situation were unsuccessful but none of them broke the law.

The family’s lawyer, Jason Bogle, said her relatives are still seeking accountability after the Office of the Independent Police Review Director rejected the family’s application to file a complaint over the SIU findings.

“We will not stand for it, we will continue to fight and we will find answers, whether it’s by marching or by protesting or by lobbying the powers that be that change has to come.”

‘I WAS HAPPY WHILE IT LASTED’: Woman who married herself gets divorced

Multiple shots fired at group of people near Jane and St. Clair