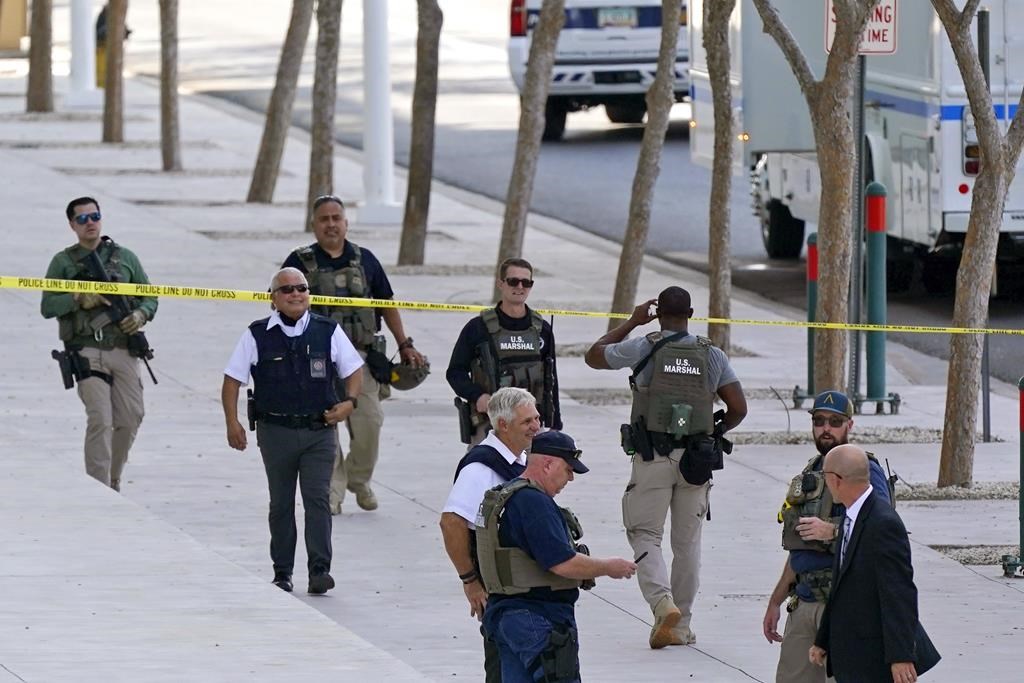 The report on the agency’s judicial security program comes nearly a year after a gunman killed the 20-year-old son of a federal judge and wounded her husband at their New Jersey home after posing as a delivery driver.

The inspector general’s report highlights serious security gaps in the Marshals Service’s efforts to ensure the safety of more than 2,700 sitting judges as the number of threats against judges continues to rise. The agency, which has been thrust into the spotlight in the last year after prolonged civil unrest in Portland and several high-profile fatal shootings by task force officers, is also charged with protecting the deputy attorney general and maintaining security at federal courthouses.

Among the report’s key findings is that the Marshals Service “does not have adequate proactive threat detection capabilities” to detect threats made against federal judges, including those posted on social media and in online forums. It also found that the agency’s home intrusion detection system is outdated, and most other residential home security systems provide similar equipment and additional capabilities.

A budget request, seeking additional funding for judicial security, cited an increased number of threats to judges, including threats tied to criminal cases stemming from the Jan. 6 insurrection at the U.S. Capitol.

The inspector general also concluded that “competing agency priorities” have impeded the ability to fully fund enhancements for judicial security. The Marshals Service said in its response to the findings that it was expanding its protection units and that a modernization effort of its security system was underway but would take about three years to be completed.

A Marshals Service spokesperson did not immediately respond to a request for comment.

In March, the federal judiciary said it needed to boost security for judges at home after Judge Esther Salas’ son was killed and following protests that damaged more than 50 courthouses around the country last year.

In July 2020, a lawyer showed up at Salas’ home, dressed as a FedEx delivery driver, and opened fire, killing her son, Daniel Anderl, and seriously wounded her husband, Mark Anderl. The lawyer, Roy Den Hollander, 72, had found her address online. He was later found dead of a self-inflicted gunshot wound and had a document containing information about a dozen female judges from across the country.

Legislation that would make it easier to shield judges’ personal information from the public failed to pass the Senate in December.

Boy struck by vehicle while cycling in Brampton