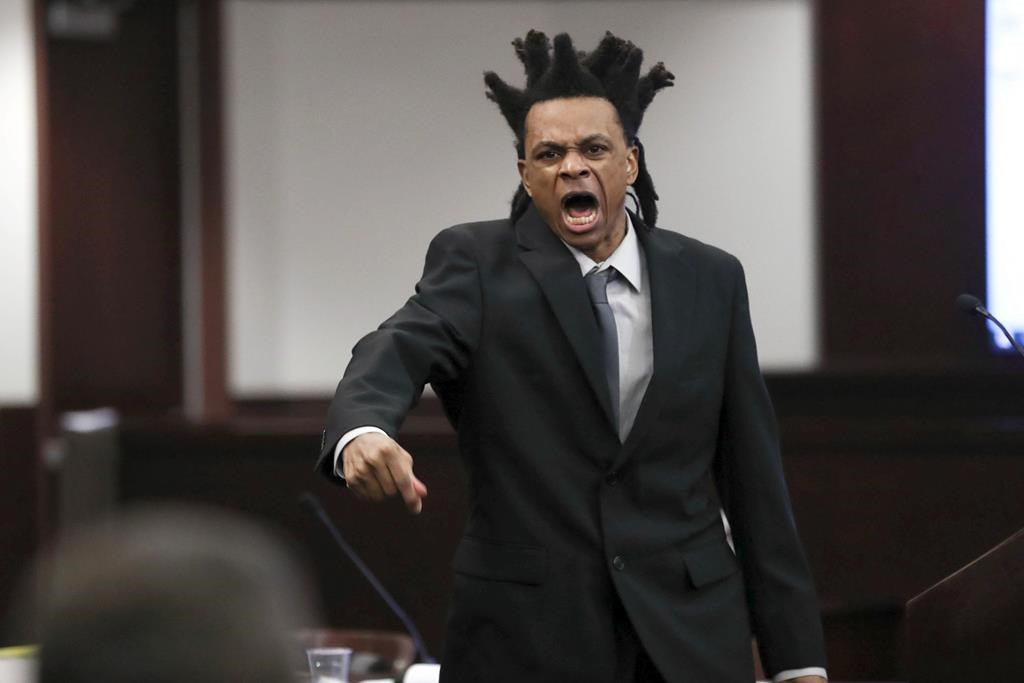 TAMPA, Fla. (AP) — A death penalty trial in Florida began with the defendant, acting as his own lawyer, shouting at jurors that he did not attack his girlfriend and disabled daughter more than three years ago.

Ronnie Oneal III claimed in a dramatic opening statement that the evidence would reveal “some of the most vicious, lying, fabricating, fictitious government you ever seen.”

Gesturing and pacing, Oneal shouted at one point during Monday’s opening: “I look alone. But I am backed by a mighty God.”

He claimed the girlfriend, Kenyatta Barron, attacked their two children and that he killed her in self-defense. The killings happened March 18, 2018, in their home in Tampa’s Riverview area.

Assistant State Attorney Scott Harmon countered that prosecutors would prove Oneal wounded Barron with a shotgun, then beat her to death. Harmon also said Oneal used a hatchet to kill his 9-year-old daughter — who had cerebral palsy and could not speak — and wounded his son, then 8, with a knife.

Investigators say Oneal also set the house on fire after the attacks. The son, now 11, survived and is scheduled to testify by remote video against his own father, who could cross-examine the boy.

Investigators say the wounded boy came out of the burning house and described what had happened.

“The first words that came out of this brave boy’s mouth: ‘My daddy killed my mommy,’” Harmon told jurors.

Jurors also heard a 911 call from Barron in which she desperately sought help as Oneal yelled in the background.

Oneal contended that investigators fabricated evidence to implicate him and that his son was coached on what to say.

“The evidence is going to show that I love my children,” Oneal told jurors. “The evidence will not show you that my son witnessed me beat his mom to death, nor did he witness me shoot his mom. In fact, he didn’t witness much at all.”

The trial is expected to last through the end of next week. Oneal could get the death penalty if convicted.

BRAUN: Disabled scientist hopes to advocate for others