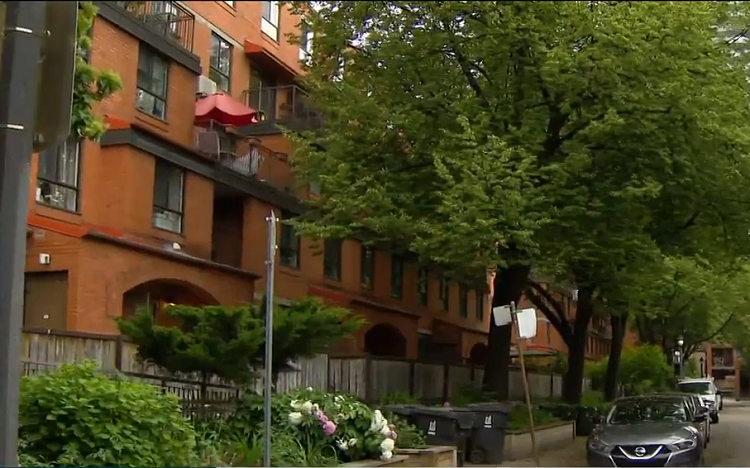 A thriving co-operative housing community at the heart of Toronto’s St. Lawrence neighbourhood has put affordable roofs over residents’ heads since the 1970s and more needs to be done to create affordable neighbourhoods like it, says those close to the project.

Ronny Yaron moved into her apartment as part of the Woodsworth Co-op more than 40 years ago and has lived in the area ever since. As one of the first residents there, she believes it was the perfect fit at the time.

“For the average family, this is the kind of housing that allows people to live a good life, without having a lot of savings,” Yaron said. “Nowadays, of course, the average family can’t afford to buy a house.”

The concept came from then-Toronto Mayor David Crombie and city councillors, who were looking for a different way to build much-needed affordable housing.

They decided city-owned land in the heart of downtown could be used to create a more inclusive environment with different spaces for all incomes.

“They did not trust the private sector developers so the city acted as the developer,” said David Hulchanski, a housing and community development professor at the University of Toronto. “They put 3,500 housing units on 44 acres, which is quite high-density, but only going to 10 or 12 stories in those apartment buildings.”

What still exists today is a large, mixed-income neighbourhood, including a public space named after Crombie, surrounded by shops and services. Schools are incorporated into mid-rise buildings and walk-up rowhouses are steps away from heritage buildings.

“The sidewalk is a great equalizer,” Suzanne Kavanagh, the former president of the St. Lawrence Neighbourhood Association, said. “When you meet people on the sidewalk, you have no idea if they live in a Toronto housing organization, a townhome, a co-op, a condominium or rental building.”

According to the Co-operative Housing Federation of Toronto (CHFT), there are at least 40,000 people living in more than 180 non-profit co-ops in Toronto, including those in the St. Lawrence community.

Residents are considered members, rather than tenants, and collectively make decisions on how to run and maintain the property where they live. Housing charges are generally based on operating costs and tend to remain low as a result.

“That’s the whole point of co-ops,” Tom Clement, the executive director for CHFT, said. “There’s not profit in the system. So, yes, we are below the market, because the market is out of control.”

Hulchanski maintains that the co-op model can work in today’s housing market but all levels of government have taken a different approach, one that still involves private developers.

“Some people felt it could not work because co-ops house lower income people and moderate income people,” Hulchanski said. “‘Can we trust them with a multimillion dollar asset?’ The answer is yes.”

The City of Toronto’s Housing Now initiative was launched in 2019 and has since identified 17 city-owned properties to be re-purposed for the development of affordable housing. At least one-third of the units at each site are expected to be at or below 80 per cent of market rent.

However, unlike the model provided by the St. Lawrence community decades ago, just four of the city sites at this point are set to be owned and operated by non-profits or co-operative housing.