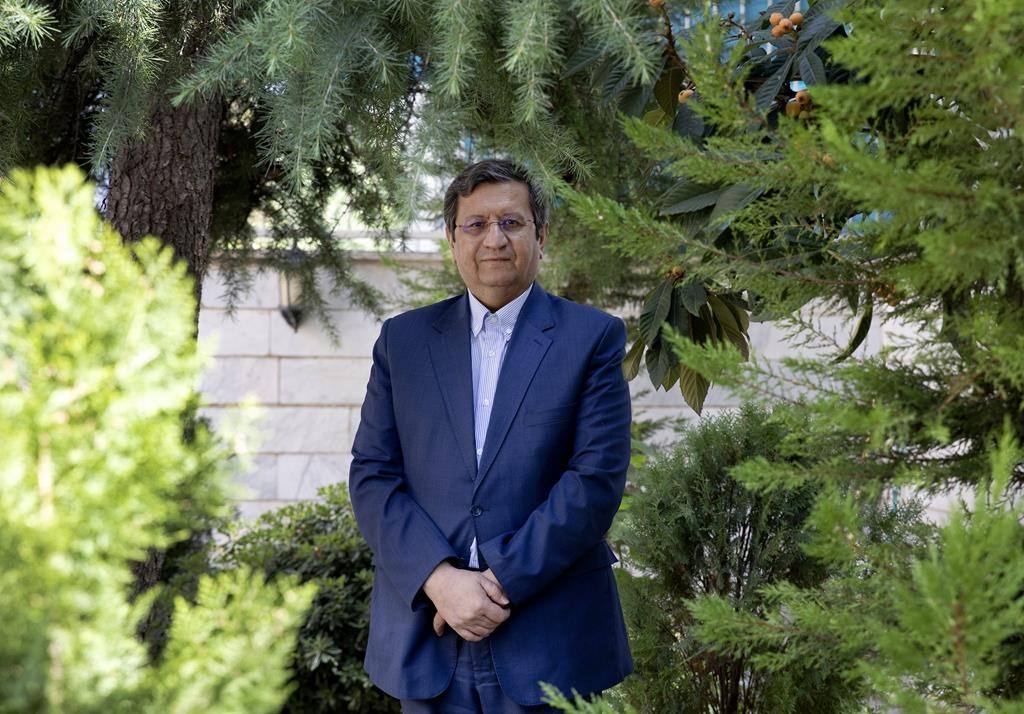 TEHRAN, Iran (AP) — A prominent contender in Iran’s presidential election appealed Tuesday for better economic and political relations with the West, his most extensive attempt yet to attract reformist voters just days ahead of the poll.

Former Iranian Central Bank chief Abdolnasser Hemmati, among the seven candidates allowed on the ballot for Friday’s vote, has no official ties to any political faction but is positioning himself as the likely candidate for moderate and reform-minded voters.

“Why should there be a barrier for peaceful co-existence?” asked Hemmati, while emphasizing that an “improvement in global and regional peace” hinged on American good will and “trust-building” with the Islamic Republic.

He repeated calls for a return to Tehran’s tattered 2015 nuclear deal with world powers, saying that if he were to become president, resurrecting the agreement and securing sanctions relief would “definitely be one of my priorities.”

In an interview with The Associated Press last week, he said he’d even be willing to possibly meet with U.S. President Joe Biden if he wins.

But the Guardian Council, a clerical vetting body, allowed just Raisi, Hemmati and five lower-profile contenders, mostly hard-liners, to run. Hemmati on Tuesday described those challengers as “proxy candidates” that he expected would soon drop out of the race.

Within Iran, candidates exist on a political spectrum that broadly includes hard-liners who want to expand Iran’s nuclear program and confront the world, moderates who hold onto the status quo and reformists who want to change the theocracy from within.

The son of Mehdi Karroubi, once Iran’s most outspoken opposition leader, announced earlier this week that his father would throw his support behind Hemmati, saying he believed the moderate candidate would “defend the republic and the presidential system.”

The Guardian Council’s stunning disqualification of well-known reformist candidates, coupled with the coronavirus pandemic, have subdued the typical pre-election frenzy in Iran and created a mood of voter apathy. Calls for a boycott have increased in recent weeks. The state-linked Iranian Student Polling Agency most recently projected a 42% turnout from the country’s 59 million eligible voters, which would be a historic low.

With the still-raging virus halting campaign rallies and big gatherings, Hemmati spoke Tuesday at a modest press conference at the University of Tehran. Addressing some hundred reporters and supporters, he expressed hope that Iranian and American negotiators, now engaged in indirect talks in Vienna, would agree on a plan for Iran to curb its nuclear program and the U.S. to lift heavy sanctions, re-imposed when then-President Donald Trump withdrew America from the accord in 2018.

Rouhani’s eight years in office brought steep economic decline, particularly after the collapse of the nuclear deal. Hemmati sought Tuesday to promote his successes as a top banker, although his Central Bank tenure was defined by the crash of the Iranian riyal amid America’s economic pressure campaign.

“I believe that an economist should take the executive responsibility of the country,” he said. “I hope that, with the people’s help, a government will come to power to manage the country rationally and prevent politics from running the economy.”