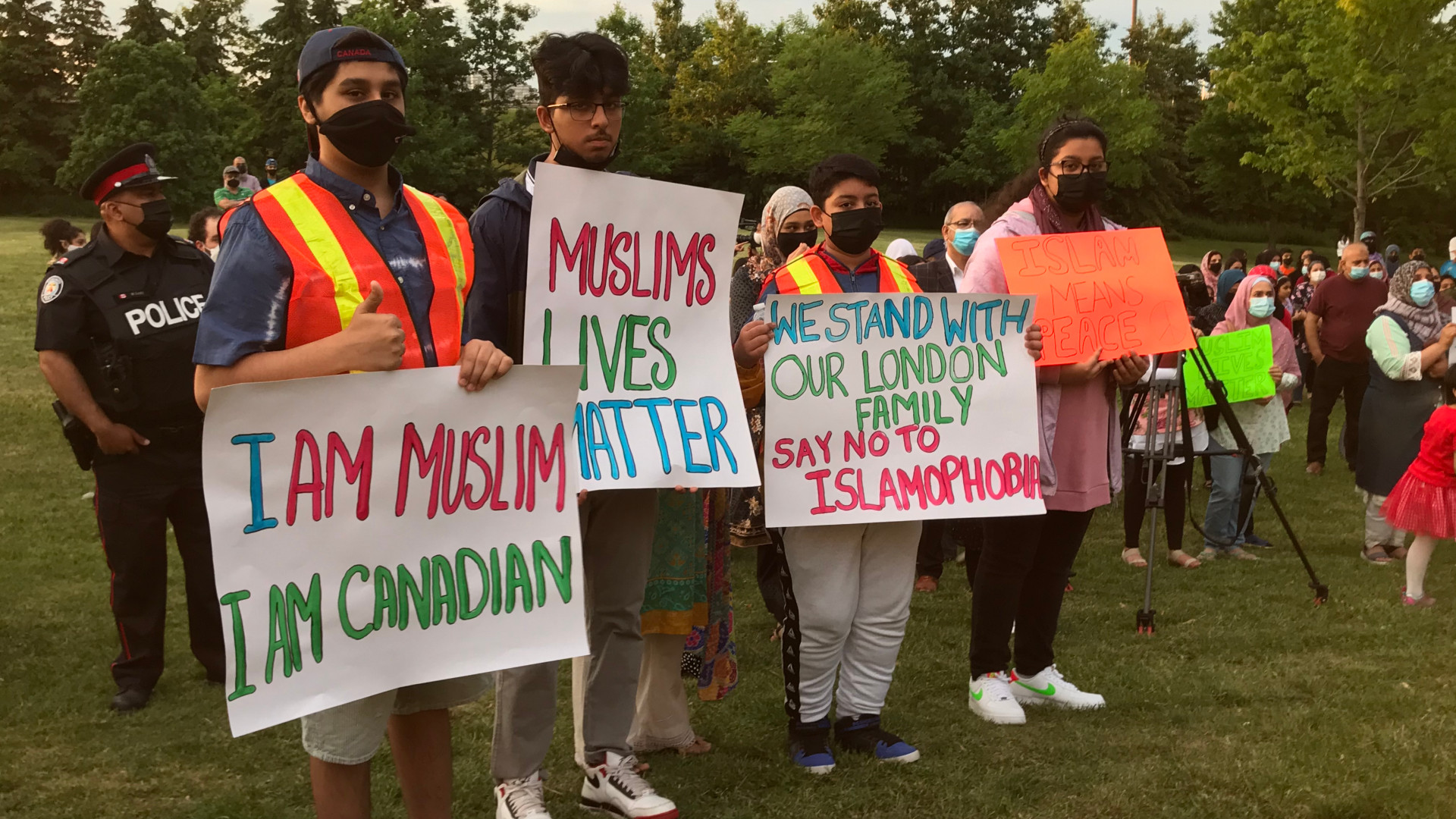 Communities across the province continue to mourn the loss of four members of a Muslim family struck and killed last weekend in London.

A multi-faith march drew thousands in London, Ont., as participants walked about seven kilometres from the intersection where the attack took place to the London Muslim Mosque where the Afzaal family worshipped.

The family- identified by relatives as 46-year-old Salman Afzaal, his 44-year-old wife Madiha Salman, their 15-year-old daughter Yumna Salman and her 74-year-old grandmother, Talat Afzaal – was out for an evening stroll when a man driving a pickup truck mounted the sidewalk and ran them over, killing them and sending the couple’s nine-year-old son, Fayez, to hospital in serious condition.

Faisal Joseph, a lawyer and former chairperson of the Association of London Muslims, was one of several who spoke at the event, saying our relationship with the family will never end as long as we remember them.

“Let us bestow upon them a legacy of love and peace and the ability to change the hearts and minds so that we will never, ever gather for an event as grief-stricken as this.”

Canon Kevin George of St. Aidan’s Anglican Church spoke about the heartbreak many have felt and experienced this week, saying “Who among us hasn’t yearned for a world where hatred, division, violence and terror are put away.”

Father Jim Mockler of St. Peter’s Cathedral Basilica said any form of racism can be overcome.

“It is possible, that hatred can always be overcome by love; revenge can eventually give way to forgiveness and discord needs to be changed to mutual respect.”

A candlelight vigil was held at Nathan Philips Square while hundreds more gathered for a vigil at Glamorgan Park in Scarborough, where flowers were laid in memory of the family. Those in attendance held signs that read “end white supremacy,” and “we stand with our London family.”

The funeral for the Afzaal family is scheduled for Saturday morning in London. It will be followed by a 1 p.m. procession through the streets of the city ending at the Islamic Centre of Southwest Ontario.

Nathaniel Veltman, 20, has been charged with four counts of first-degree murder and one count of attempted murder.

Police allege the attack was a planned act that targeted Muslims.

2 dead, 2 others injured in Chinatown shooting