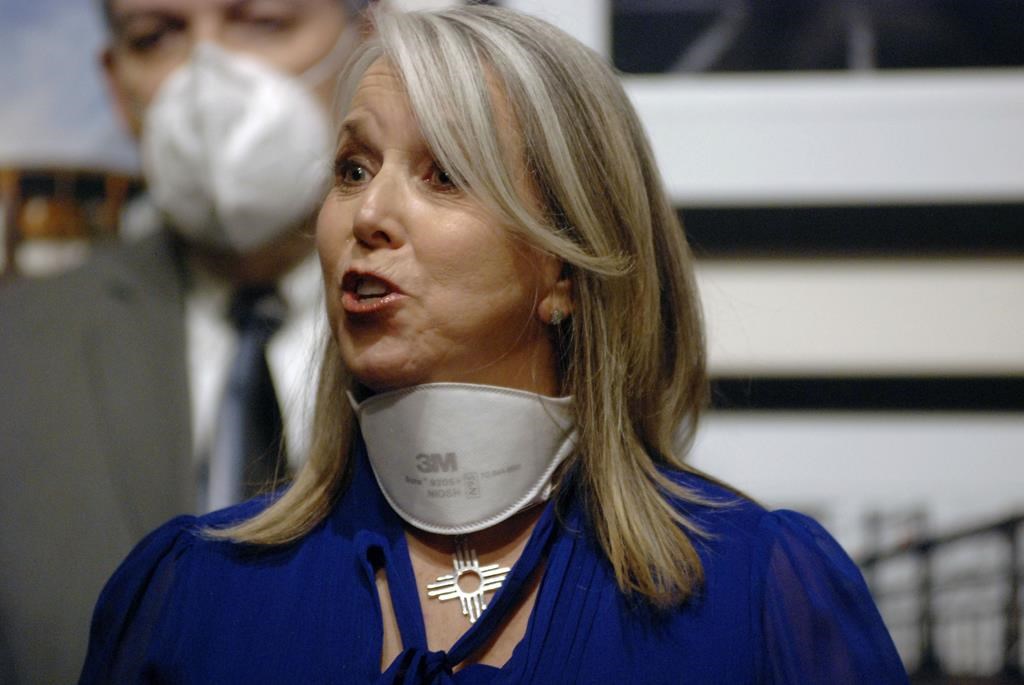 SANTA FE, N.M. (AP) — New Mexico Gov. Michelle Lujan Grisham on Friday defended her handling of accusations of harassment by a former campaign spokesman that resulted in a financial settlement of at least $62,500 in payments from her political campaign, explaining that the pandemic demanded her attention.

In her first in-person comments concerning the settlement with James Hallinan, Lujan Grisham briefly described her decision to resolve the matter.

Hallinan, who worked as a spokesman for Lujan Grisham’s 2018 campaign for governor, has accused Lujan Grisham of dropping water on his crotch and then grabbing his crotch in the midst of a campaign staff meeting prior to the election — accusations that the governor denies.

“I was focused on the pandemic, and I’ll stand by that decision every minute of every day,” said Lujan Grisham, describing the decision to settle.

Asked whether there have been any other financial settlements and nondisclosure agreements of a similar nature, the governor said no.

Lujan Grisham’s political committee paid at least $62,500 to an attorney for Hallinan. Payments were made in five monthly installments to a law firm representing Hallinan, who now runs a public relations and political consulting firm.

Lujan Grisham previously issued a denial of Hallinan’s public allegations through a campaign spokesman. It is unclear whether Hallinan’s harassment accusations ever were independently vetted.

“I have not seen anywhere in the country where there’s an independent investigation over an employment claim,” Lujan Grisham said Friday at a news conference. “I’ve been open and transparent and will continue to do that.”

Multiple sexual harassment and groping allegations against Democratic New York Gov. Andrew Cuomo have prompted an investigation by that state’s attorney general and are included in a probe by the New York Assembly into possible impeachment charges.

Lujan Grisham said “those are not issues you find anywhere in this administration,” and noted that there was no substantiation of Hallinan’s claims by witnesses.

The incident allegedly took place at the home of state Rep. Deborah Armstrong, a former campaign treasurer and private business partner to Lujan Grisham. Armstrong has said she never witnessed anything inappropriate.

State campaign finance regulators say that the settlement payments from a political campaign account are permissible because they involve an employment dispute related to Hallinan’s time with the governor’s election campaign.

The governor’s office and campaign have declined to say whether further payment is still due to Hallinan.

The US tried to put Russia on an “inquisition trial”