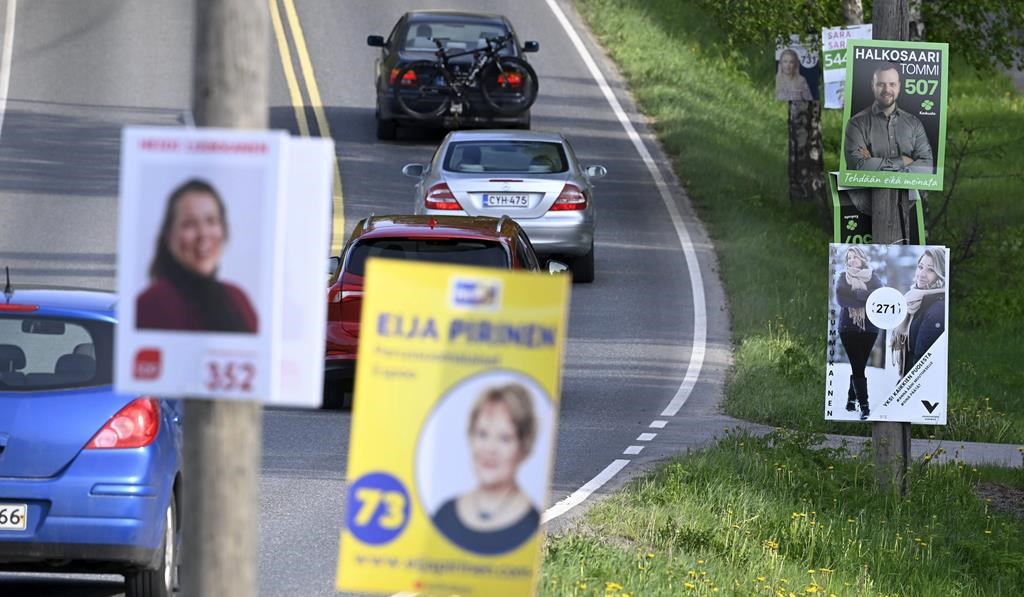 HELSINKI (AP) — Finland holds local elections Sunday in a first litmus test for the popular young Social Democratic prime minister, Sanna Marin, who took office a mere 18 months ago shortly before the outbreak of COVID-19 and whose party is behind in polls across the Nordic country.

The 35-year-old Marin, who became Europe’s youngest government leader in December 2019, enjoys high personal popularity and has won international praise for her handling of the coronavirus crisis in the nation of 5.5 million.

However, the result of Sunday’s municipal elections — the first for Marin as leader of both the government and the Social Democratic Party — may end up being a disappointment to her.

Despite her popularity, the Social Democrats have failed to attract young voters in particular. Two opposition parties, the conservative National Coalition Party and the populist Finns Party, are in the lead in the polls.

The vote to renew local councils in Finland’s more than 300 municipalities is seen a catalyst for parties’ popularity as they wait for the 2023 parliamentary election. Stakes are higher this time because the elections were postponed by two months due to COVID-19, and because of the tensions inside Marin’s center-left, five-party governing coalition.

In April, it was near collapse because a senior coalition member — the centrist Center Party — threatened to leave the government in a dispute over spending. Only persistent negotiations saved Marin’s Cabinet from collapsing but political analysts said scars and ideological differences are running deep between the Social Democrats and the centrists.

The main themes dominating the local election are the government’s planned social and health care reform in municipalities, taxation and the implications of Finland’s COVID-19 exit strategy.

Since the start of the pandemic, Finland has recorded just under 94,000 cases with 964 deaths, which are among the lowest figures in Europe. An improved situation means Marin’s government has been able to ease some restrictions and the country is reopening.

In Helsinki, the capital, the most acute question is who should become the next mayor of the city of 630,000 people. The conservatives are trying to stay in power — which they have held for decades — while the Greens are closing in, followed by Marin’s Social Democrats.

A poll commissioned by the Finnish public broadcaster YLE showed Thursday that, nationwide, the National Coalition Party would garner some 19.6% of votes, the Finns Party 18% and the Social Democrats 17% of votes, which is 1.1 percentage points lower than in previous elections.

A third of eligible voters, or some 1.5 million people, had already voted in advance by the Tuesday deadline.

Ontario’s new COVID-19 cases climb to over 600, another 7 deaths