Ford government planning overnight marathon session to use notwithstanding clause 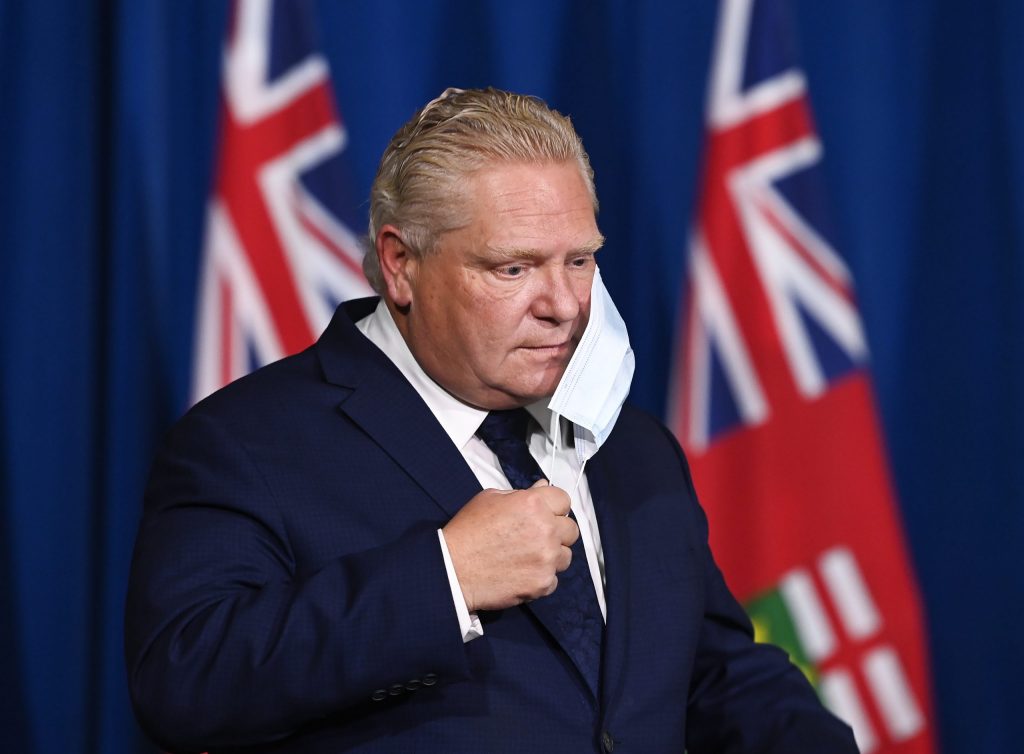 The Ford government tells 680 NEWS that it’s planning to recall the legislature to sit Thursday, Friday, Saturday, Sunday and Monday in order to enact the controversial notwithstanding clause.

The marathon session will also include an overnight sitting Saturday from midnight to 7:00 a.m.

The notwithstanding clause, which has never been used in Ontario, allows federal or provincial governments to override sections of the Charter of Rights and Freedoms.

The provincial government plans to invoke it in order to overturn a court decision this week that ruled certain parts of the Elections Finances Act are unconstitutional for limiting third party advertising.

Enacted under the Wynne Liberal government, the Elections Finances Act stated that third party advertisers, individuals or groups, could spend $600,000 in the six months before an election, the Ford government expanded it to $600,000 in the 12 months preceding an election.

However, Ontario Superior Court Justice Edward Morgan declared the recent changes by the province were unconstitutional. The premier plans to enact the notwithstanding clause to overturn that ruling

Government House leader Paul Calandra told 680 NEWS Thursday that he will use “every tool at my disposal” in order to overturn the ruling.

“I think protecting the fairness of an election is exactly what this was designed for,” Callandra said. “We are doing it to protect a fair election in Ontario.”

Calandra says that there will be a question period on Monday and perhaps one on Saturday as well and that he believes the government could pass the notwithstanding act by Monday afternoon.

Duff Conacher with Democracy Watch tells 680 NEWS he thinks Ford’s use of the notwithstanding clause could get overturned in court.

“It’s undemocratic and dictatorial and illegal for Doug Ford to invoke the notwithstanding clause to impose his arbitrary excessive and unconstitutional spending restrictions on advertising that go much further than any government has tried to do in Canada.